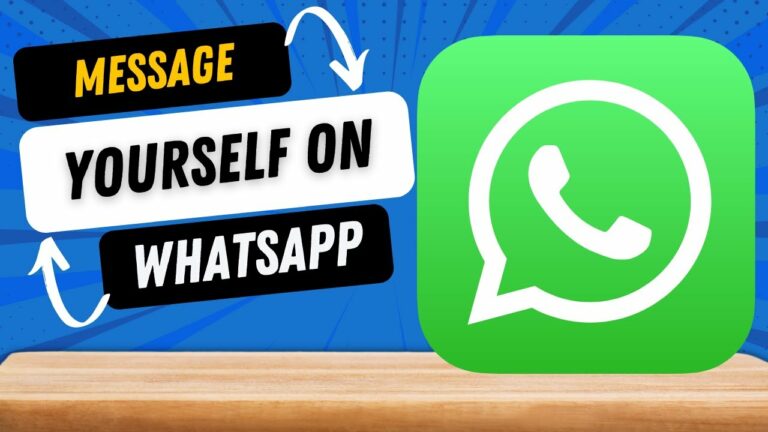 In the day to day life, all human and technocrat users are required to remember so many things, and most of the time they use their social communication platform as a to-do list of all their day-to-day operations. In this manner, the user can continue the communication as well and remember required and do things on the same platform.

In its recent update, the instant messaging app, WhatsApp has launched a feature that allows the user to message themselves and keep this information whenever the user wants to access them for further conversation or user needs. With the help of this present feature in WhatsApp, the user will be easily able to access all of the information. 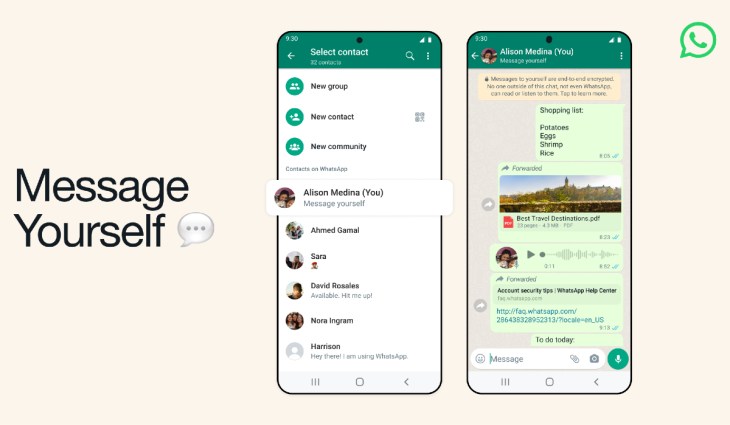 source: techcrunch.comThese messages can be sent to the contact detail called “message yourself” in which the user will be able to send the message to themselves and the user will be able to share everything they want to add. The user can add anything here like their to-do list like their notes, reminder, and shopping list which the user can easily access soon.

Similar features have been already available in some other applications such as the community platform Slack In which the same feature is used under the title of “Jot Something Down”. On a similar note, the instant messaging platform Telegram is also having a similar feature in which the user can send a message to themselves under the category of the “saved messages” tab and the user can easily access these messages later or as per their requirement.

The instant messaging platform WhatsApp is an internationally available freeware centralized voice-over message platform that allows its user to communicate with the help of text messages and voice messages along with voice calls and video calls features. The platform WhatsApp is also having a business app called WhatsApp business which is used by business individuals to communicate with their clients.

The platform WhatsApp was started in 2009 by Brian Acton and Jan Koum with the vision of starting a secure instant communication platform that will help to connect with others in an easy but instant messaging environment.

WhatsApp platform was acquired by a Facebook company which is presently called a subsidiary company of Meta Group in the year 2014 with an approximate value of US$19.3 billion. As per one report, WhatsApp is considered to be Worlds largest messaging application with a user base of approximately 2 billion by the end of 2020.