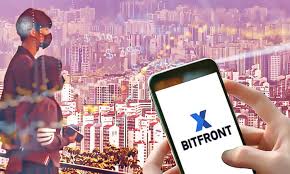 Bitfront Which is a California-based cryptocurrency exchange platform although was having one of the major investors from Japan “Line Corp” which is one of the major Social media firms in Japan still, Bitfront is seemed to be on the verge of bankruptcy as Bitfront Has suspended any new login on the platform along with suspending the rate card payments of the users.

Along with this, the crypto company is planning to seize its operations for the next few months. The reason stated by Bitfront for these moves at the platform is that they want to overcome the challenges that the crypto industry has been occurring at present moment.

In similar situations of bankruptcy, some major cryptocurrency companies like BlockFi collapsed and filed for bankruptcy protection proceeding In the US.

The executive of Bitfront in its recent website statement have mentioned that the company is not having any issues with its foundation and this initiative of stopping future transactions or customer interaction at the platform is just the initiative of the platform to keep the foundations of Bitfront cryptocurrency exchange platform safe and away from the present volatile conditions of the market.

On November 28th, the cryptocurrency exchange platform Bitfront In its recent website statement mentioned that irrespective of the best efforts of Bitfront, finally they have regretfully decided to shut down their user’s operations so that at least the LINE blockchain ecosystem and LINK token economy in the crypto industry will work effectively for next couple of month.

The Cryptocurrency exchange platform Bitfront in its public statement on the website has further mentioned that the platform will suspend the new sign-ups and the new credit card payments at Bitfront, from November 28th, and along with that, Bitfront will also suspend the withdrawals from the platform starting next year from March 31st along with the interest on the cryptocurrency assets which have been deposited in between December 5th and December 11th this year will be paid on December 13th this year.

Cryptocurrency exchange platform FTX which was once considered the world’s largest cryptocurrency exchange platform has been undergoing severe investigations and bankruptcy protection investigations for their criminal misconduct and inappropriate use of investors and retail users found. The former CEO of the FTX platform had been using these funds invested by the investors and the retail users for investing in its other ventures and for real estate investment.