The FTC makes a big argument here, The Nvidia Arm acquisition will be prepared to take steps that hurt its competitors who rely on Arms architecture or design because the profits it can derive from being more successful in those markets will outweigh the losses from licenses. The FTC said in a statement that if California-based semiconductor chip maker Nvidia acquires Arm, it will gain an unfair advantage over its competitors. “This proposed deal would skew Arms incentives in the chip markets and allow the combined company to unfairly undermine Nvidia’s competitors, ”Vedova wrote. 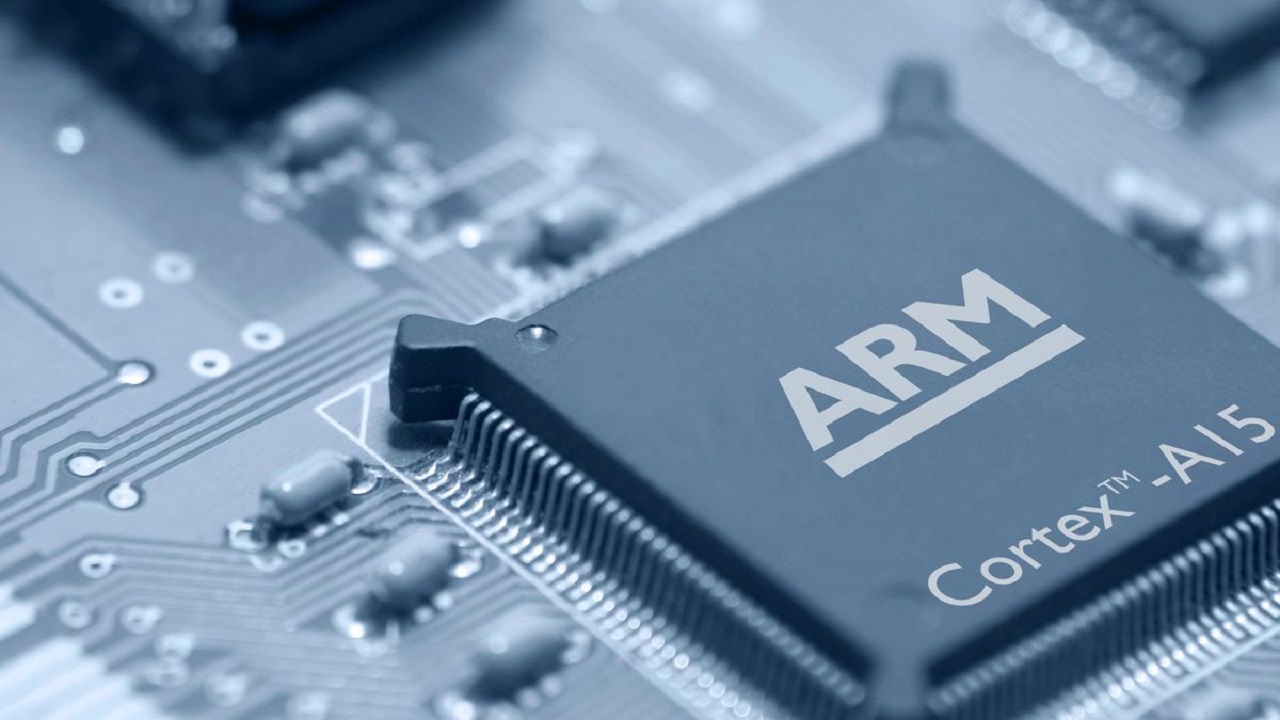 ARM was spun off in 1990 from Acorn Computers, one of the first computer companies. These companies, in turn, rely on Arm processor technology to manufacture the computer chips used in everything from smartphones to tablets to modern computing devices, from driver assistance systems to computers in large data centers. Nvidia supports most of the AI used in smart machines and computers, while Arm provides hardware and technology for AI development.

The FTC says the Nvidia-Arm merger will stifle competition in the semiconductor chip market. Since Arms technology is a key factor in ensuring competition between Nvidia and its competitors in multiple markets, the complaint alleges that the proposed merger will give Nvidia the opportunity and incentive to use its control over the technology to undermine its competitors, reducing competition and ultimately, The complaint alleges that in terms of reduced product quality, reduced innovation, higher prices, and fewer choices, the millions of Americans who benefit from ARM-based products are harmed. Competitors like Qualcomm think Nvidia will easily be able to restrict the total supply of its Arms technology to its competitors or just raise the prices.

Critics fear the merger with Nvidia, which develops its own chips, could limit access to Arms’ neutral semiconductor designs and lead to higher prices, reduced choice, and innovation in the industry. But Nvidia says the deal will lead to more innovation and that Arm will benefit from the additional investment. Nvidia is positioning itself as a response, allowing Arm to invest deeper in new categories such as data centers and automotive, but if the Nvidia-Arm deal is rejected, it is unlikely that any licensee of Arm’s technology will acquire the chipmaker to Bazharin. There are many concerns that the acquisition of Nvidia as a chipmaker and competitor to many of ARM’s partners could lead to higher prices and unfair competition. 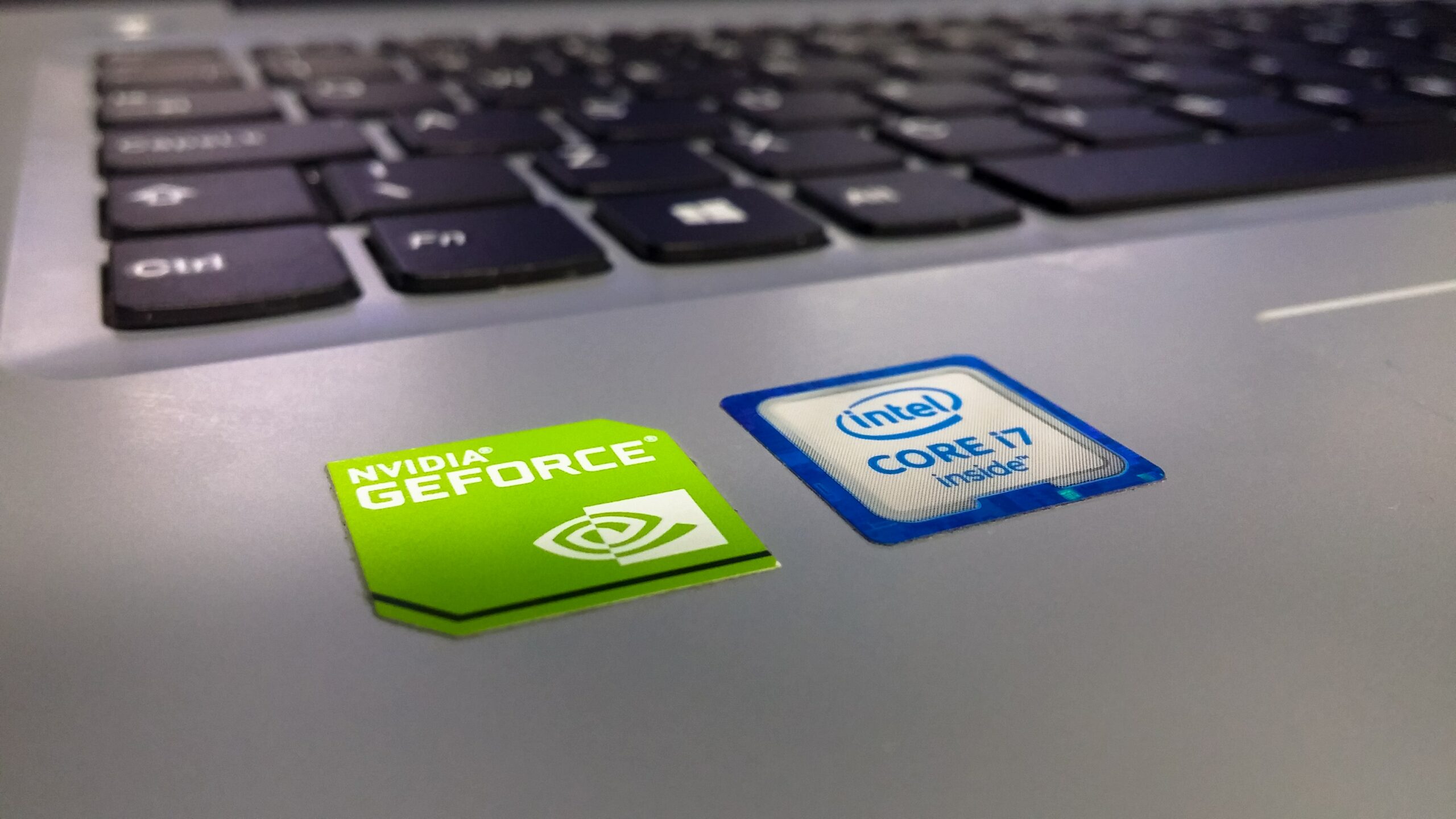 One part of the complaint that also stands out is that the acquisition will give Nvidia confidential information about Arm licenses used by competitors and that this is likely to reduce Arm’s incentive to innovate which is considered conflicting. with Nvidia business interests. In addition, the FTC says that Nvidia’s ownership of Arm will also curtail innovation in the semiconductor industry by “distorting” the development of Arm’s new technology in such a way as to avoid infringing on Nvidia’s interests in the semiconductor markets.

The FTC challenge, coupled with recent FTC action and policy changes, sends a signal to expect aggressive enforcement in technology markets, substantial control over vertical transactions that may threaten innovation, and tactical use of procedural powers by FTC administrative offices. Most industry observers believe antitrust authorities will be asking some tough questions about the $ 40 billion acquisition of Nvidia Arm, the largest chip deal ever made, and will place control of the entire mobile processor industry in the hands of Nvidia.

Nvidia has found allies in its quest to take over Arm, primarily among mid-range vendors who would like to take advantage of Nvidia’s more democratic scheme for the future IP Arms allocation; that is, players who are now in a winning position (Qualcomm, Huawei, Samsung) are likely to lose if the deal is successful. NVIDIA argues that ARM alone cannot compete effectively against chip giants such as Intel and AMD, so this acquisition will increase competition on the global stage. 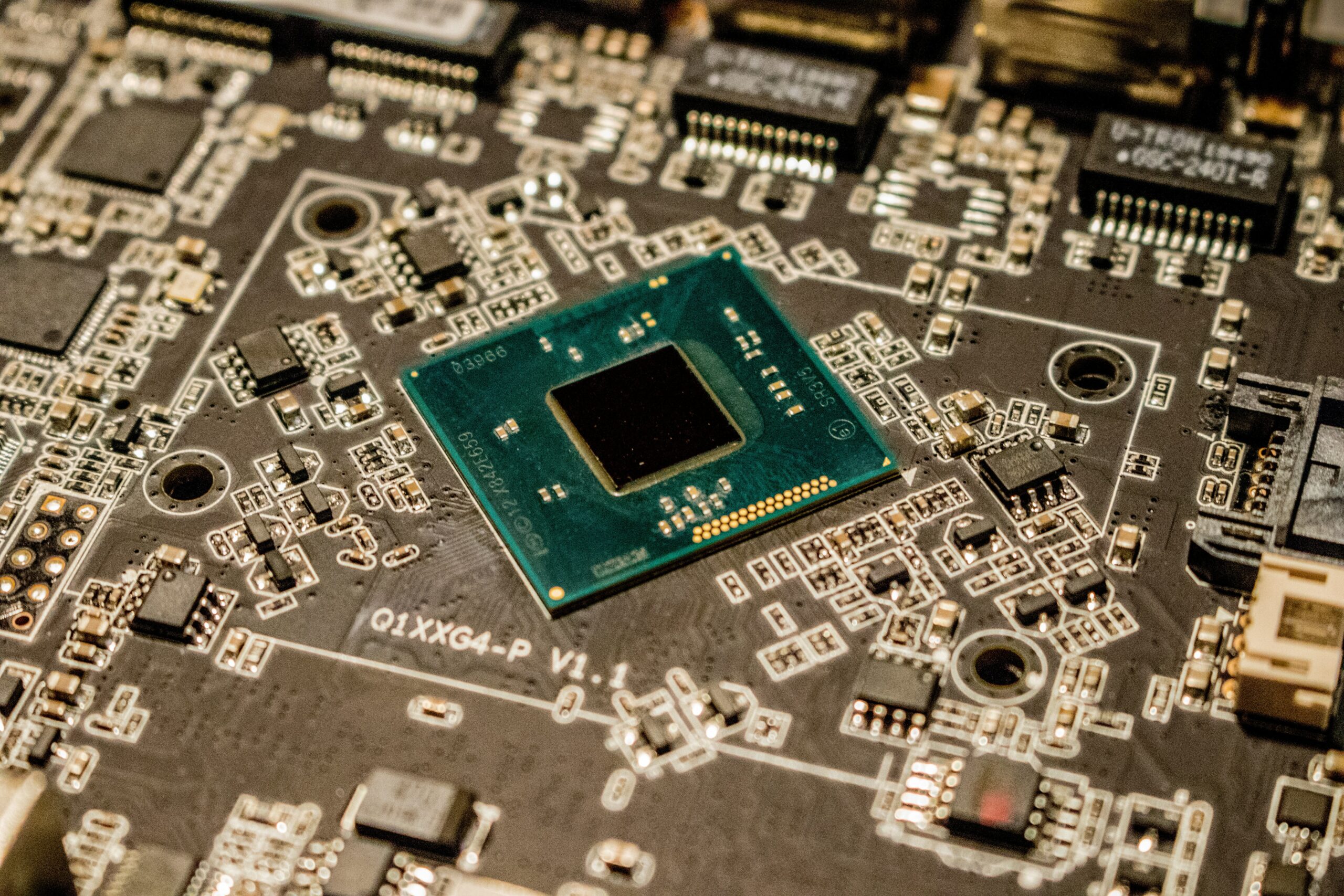 Nvidia has previously committed to protecting customers’ intellectual property by maintaining ARM’s UK headquarters and investing in ARM’s R&D department, including a new Artificial Intelligence Research Center in Cambridge. Priestley said the deal addresses a growing number of regulatory polls around the world, highlighting concerns in the UK, EU, US, and China. An Arm spokesman forwarded any comments on the FTC’s claim to Nvidia.

If the deal goes through, it will not only be Nvidia’s largest acquisition but potentially one of the largest chip deals ever. The deal was supposed to be finalized by March 2022, but Nvidia CEO Jen-Hsun Huang admitted in August that it will likely go beyond that date.

Ben Bajarin, CEO and chief analyst at Creative Strategies, told CRN that the FTC lawsuit makes the Nvidia-Arm deal unlikely, although he is already pessimistic about it due to the UK Competition and Markets Authority scrutiny in November due to concerns that the deal would significantly reduce competition in data centers and other markets. Bajarin said the Competition and Markets Administration, and now the Federal Trade Commission (FTC), have made strong arguments that the Nvidia-Arm deal would be anti-competitive. FTC Sues To Block Nvidia’s Acquisition Of ARM; that’s a plausible argument, even if Nvidia can argue for innovation. 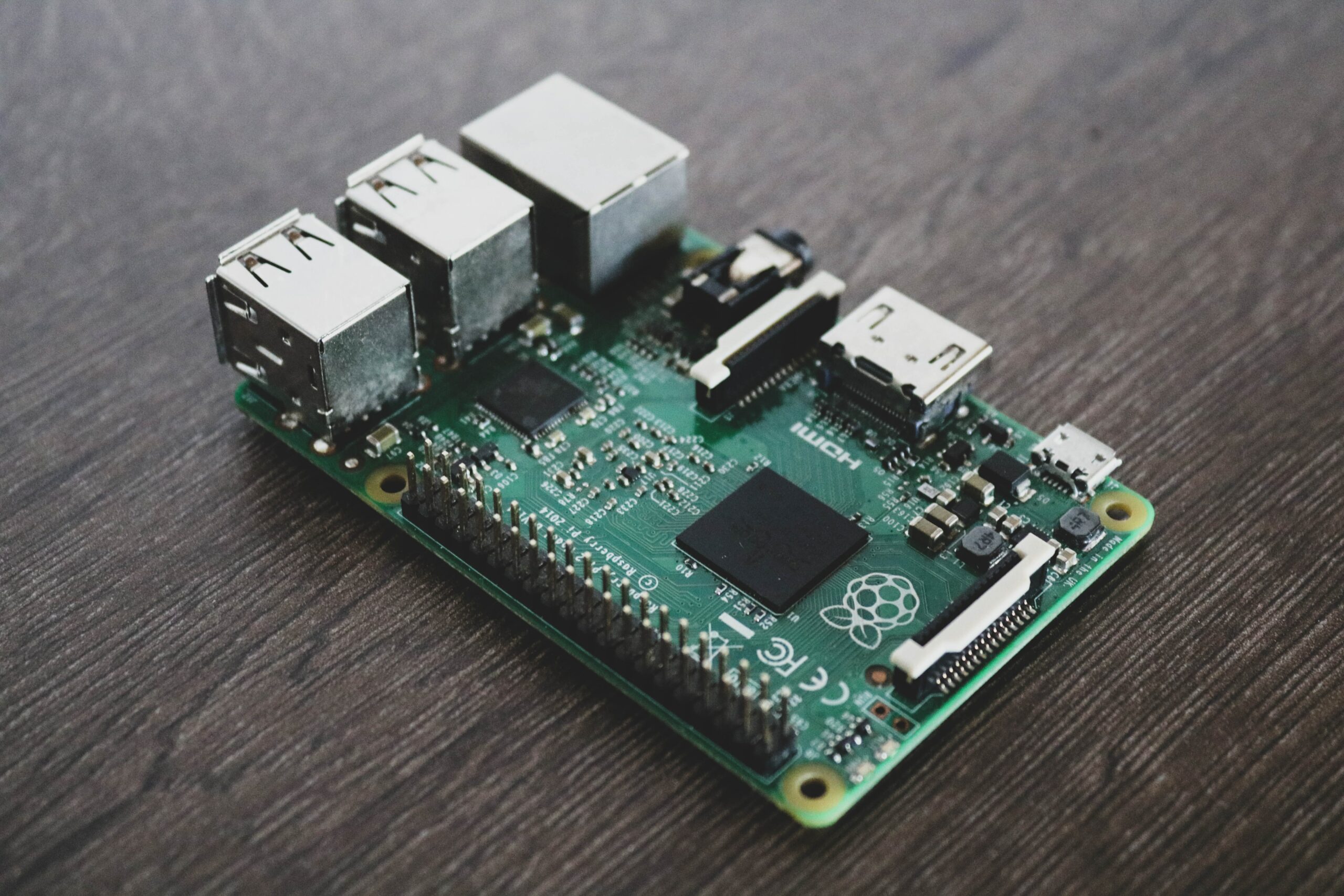 These forward-looking statements are based on NVIDIA’s current expectations, estimates, and projections of its business and industry, the beliefs of its management, and certain assumptions made by NVIDIA and Arm, which are subject to change. The lengthy white paper titled “Introducing Phase 2” looks at all of the key markets that Nvidia and Arm are facing and why the merger won’t hurt competition in those areas.

The committee voted unanimously against the deal, saying it “is suing to block the largest semiconductor merger in history to prevent the chip group from stifling the pipeline of technological innovation. These ongoing global investigations prevent the deal from closing, allowing the FTC to pass its Administrative proceedings challenge the settlement without seeking a preliminary injunction in federal court, a tactic the FTC also used earlier this year to challenge Illumina’s proposed acquisition of another vertical, Grail. less likely than before, adding to the uncertainty of Arm’s future.

The final part of the saga focuses on a statement submitted by Nvidia to the UK Competition and Markets Authority (CMA), in which Nvidia and Arm have made some pretty compelling arguments for the proposed $ 40 billion deal. Nvidia, the world’s largest manufacturer of graphics and chips for artificial intelligence, agreed to buy Arm from SoftBank in September 2020 for up to $ 40 billion in cash and stock at the time, prompting backlash from Arms customers, many of whom compete with USA customer. The FTC is suing to block the $ 40 billion acquisition of chip supplier Nvidia by UK chip maker Arm, arguing the deal would give Nvidia undue control over the technologies and designs it rely on from its competitors.