New York City is ready for the arrival of a new bill. This bill is set to be introduced to put an end to a form of advertising by on-demand grocery apps. The particular advertising refers to the apps promising 15-minute delivery times. It was reported that promising such “lightning fast” delivery times is threatening to the safety of its workers and pedestrians. 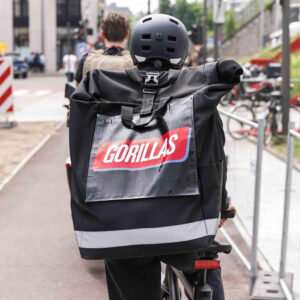 On-demand grocery apps have been one of the most crucial aspects of the pandemic Though they existed earlier, it was when Covid-19 hit that people started making use of it on a regular basis. It turned out to be a convenient and faster way for people to get groceries without having to step out and get them delivered as fast as possible. Now people seem to be bearing the brunt of unnecessarily fast delivery promises.

The upcoming legislation comes in response from New York Councilman Christopher Marte in reaction to such grocery app start-ups. These start-ups geared up their businesses in the last two years during the pandemic. These include Jokr, Gorillas, Fridge No more and Getir that have established their shops in New York City over the past couple of years. They woo the city residents with their express delivery options and attractive discounts on toiletries and groceries.

The apps’ turnaround times are undoubtedly convenient for the New Yorkers, but has a negative effect on the workers. It urges these delivery workers on scooters and e-bikes to break traffic rules. Not only themselves, but they also put the lives of pedestrians in danger by being in a hurry to fulfil the delivery promise. In order to curb these happenings, the legislation is put in order, clarified Councilman Marte.

“We don’t think that should be legal,” Marte said in reference to companies advertising 15 minute delivery times.

Marte further remarked that such advertising should be illegal and how this bill would stop companies from promising 15-minute delivery time. It is to be introduced soon i.e., in the next few weeks, and is to be followed by other bills. The Councilman aims at introducing more of the legislation to maintain order and accountability. The bill has only come after a series of accidents in the city, where some have even led to fatalities.

The e-bikes used by the delivery workers have been linked to somewhat 20 or more deaths in 2020 itself. Another incident took place in April 2021, where a woman, aged 54 from Queens was by hit by an e-bike, who later succumbed to her injuries. Streetsblog also reported the death of a 66-year-old e-bike rider after being “doored” on 11th Avenue by a taxicab.

The authorities hope that the bill would provide the delivery executives with more time in hand for deliveries. Simultaneously, save the lives of them and people on the streets by lifting the pressure off of them of making faster deliveries. Marte assured that he would work further to give these workers better health benefits and security.