As a result of three SEC filings on Thursday, both Wells Fargo and JPMorgan plan to offer bitcoin investments to their respective client bases through the firms’ collaboration with investment services firm NYDIG.

J.P. is mentioned in two of the notices. Morgan Securities was named as the receiver of the bitcoin fund’s shares. Wells Fargo Clearing Services is mentioned in another warning. All three will provide “pooled investment fund interests” from private issuers set up by NYDIG to hold bitcoin. 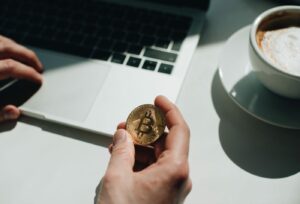 The second J.P. Morgan offering is tied to the issuer of NYDIG, which is based in the Cayman Islands. The minimum investment accepted from outside investors in that partnership is $100,000, but the other two filings are U.S.-based and have no quota for outside participation.

The letters state that the partnering banks will get placement and servicing fees for clients referred to NYDIG in all three cases. No sales have yet been reported in connection with the funds, according to the disclosures.

NYDIG has $6 billion in assets under management and is still growing. In the second quarter of this year, it announced a number of new collaborations aimed at making Bitcoin more accessible to banks. Meanwhile, J.P. Morgan has been hiring blockchain experts for its Onyx unit, and it has just taken steps to allow its wealth management clients to invest in crypto funds. 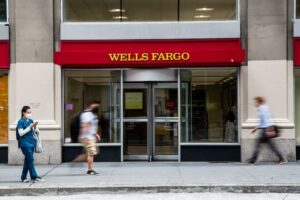 The two megabanks are the latest in a long line of financial institutions to embrace cryptocurrency. JPMorgan cautioned investors about adding Bitcoin to their portfolios earlier this year, suggesting that allocations of up to 1% of their portfolio could “achieve any efficiency benefit in the overall risk-adjusted returns.”

JPMorgan Chase, Wells Fargo, and Goldman Sachs are all putting money into cryptocurrency businesses to hedge against the potential of a bankless future. BNY Mellon announced intentions to create a new team to develop a custody and administration platform for traditional and digital assets earlier this month. Morgan Stanley’s investment unit is likewise debating whether or not to invest in Bitcoin.

Until 2020, banks didn’t have much of a say in the subject. Until last July, the Office of the Comptroller of the Currency (OCC) refused to allow banks to retain cryptocurrencies. As a result of this transition, banks have been given permission to begin experimenting with cryptocurrency.

If you find this article informative then do not forget to share this with your friends and family and also share your views in the comment box down below!

Also read: Facebook’s Crypto Wallet to hit the market soon, but is the market ready for Novi?