Ola and Uber Issued Notice by CCPA For Fraudulent Activities

Central Consumer Protection Authority on 20th of May came out to announce that they have sent official warnings to the cab companies in Ola and Uber after the duo took part in fraudulent trade activities and even violated the rights of some consumers.

Nidhi Khare, the chief commissioner of the agency came out to say that many of the complaints that the organisation received from Indian consumers over the past year have been due to the lack and lacklustre services of the two companies and other illegal trade and business choices. 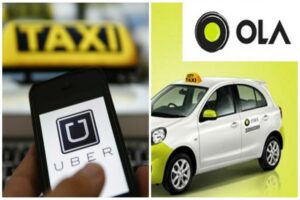 The Central Consumer Protection Authority is an agency set up by the government of India to promote, enforce, and protect the rights of the consumer across the nation. They ensure that the consumers are treated properly, businesses stay in line and take part in legal activities, and make sure advertisements do not trick the people. The organisation was founded 3 years ago back in 2019. The organisation conducts investigations, inquiries and questionings whenever there is an accusation of trade rules violation in India.

Both Ola and Uber have been fighting to be the top dog in the cabbing service industry in India over the past few years. It has been just these two companies fighting it out, but Indian based start-up Rapido also has been rapidly rising this past year and has grown enough to take sizeable chunks from both companies.

On the 10th of May, the agency had a meeting with the top brass of the cabbing services companies warning them that were would be harsh consequences if they do not make their systems fairer to the people and that they should take the necessary action to reduce the consumer complaints that are issued on the companies.

The top brass and spokes people of Ola, Uber, Rapido, and Jugnu attended the meeting.

The CCPA taking crucial action is a breath of fresh air in this country as they have put the consumers of the country first looking to crackdown on outlawed activities.