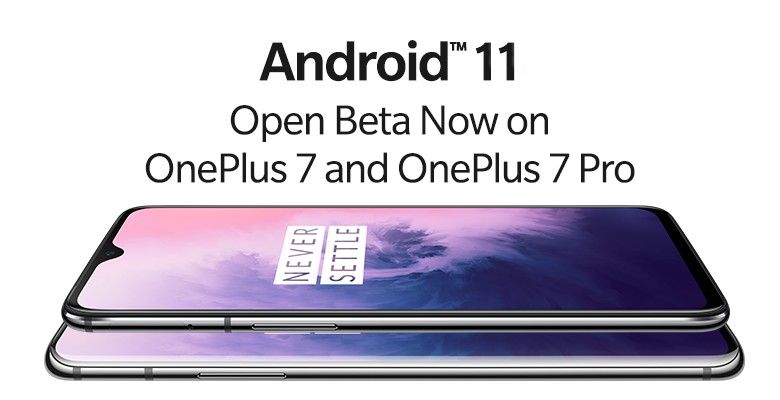 OnePlus is a generous technology company that offers the latest software updates every now and then, unlike Samsung devices but similar to Apple’s iPhones. However, the long-awaited Oxygen OS 11 open beta update is now available on the 2019 OnePlus 7 and OnePlus 7T Series smartphones.

The Oxygen OS 11 is an open beta update based on Google’s latest Android 11 and according to sources, the software can now be downloaded from OnePlus’ official website if someone is willing to test the open beta version of the new software update.

However, the users must be aware that this update is still available in open beta which means that once you install the software, it may have several bugs and problems which will certainly be resolved in the final version update of the Oxygen OS 11.

OnePlus 7 and the 7T Series were launched back in 2019 and software updates were much awaited on these two devices. According to technical reports, the Oxygen OS 11 update includes several tweaks such as an updated User Interface for Camera, improvement tweaks on the Dark Mode, ambient display improvement, faster loading of the picture gallery among many other improvements.

As mentioned in a report by Indian Express, the Oxygen OS 11 update will also include 10 new clock styles added by OnePlus in the update. The gallery app will custom make personalised weekly videos from you’re the user’s pictures and videos stored locally on their devices.

The Android 11 update is a major software upgrade which makes the Oxygen OS 11 an even better User Interface for OnePlus users.

HOW TO INSTALL OXYGEN OS 11 OPEN BETA ON ONEPLUS 7 and 7T:

First things first, take a backup of your existing data in case anything goes south. Now, in order to update your OnePlus 7,7T devices, keep the smartphone’s battery percentage at least 30%. However, it is safe to keep it above 50%. Free up 3GB storage space on your device if you don’t already have it and lastly, connect your device to a stable Wi-Fi connection.

Step 2: Copy the Zip folder into storage. Then, go to Settings> System> System Updates, then tap on the icon on the top right corner of the screen.

Step 3: Select the Local Upgrade option> Select the downloaded Zip file and the system will begin the upgrade.

Step 4: Once the installation completes 100%, wait for the phone to reboot. Once your OnePlus device has restarted, the new Oxygen OS 11 update will be ready for you to use.

According to the company guidelines, in case a user faces problems or bugs in the open beta version, he/she can always choose to switch back to the stable old version of the Software or wait for the final version of the Oxygen OS 11 to roll out.