OnlyFans take the tumblr route and memes are afoot.

The UK-based video sharing site, OnlyFans has taken a new resolution to ban sexually explicit content. And not so surprisingly, Twitter has taken up the case and quite naturally, memes are on the rise. After all, Twitter has progressed to such an extent that memes have become a reflex to any news. And OnlyFans taking up a modernized version of abstinence has triggered all the sarcasm cells in the brains of Twitter users. Whatever ban or plan, Twitter for the record never runs out of memes. 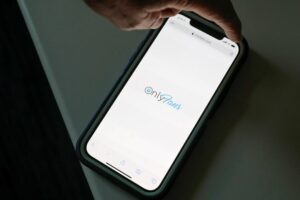 OnlyFans is a site that has a reputation for the adult videos and photos of the creators. And now the catch has come in the form of a ban on sexually explicit content that will come into effect on October 1st. The very fact that the site has amassed a strong user base particularly because of the sort of content over which the ban has descended in the form of grim reaper throws a rather big question mark. The reason for the ban is apparently the incessant pressure from banking partners and payment providers. After all, when the pressure is from the ones providing the fuel, necessary changes have to be made, no matter how hard they are. And seems like OnlyFans will have a rather rough road ahead. However, if the reports are to be believed, despite the ban, the site is being liberal to some of the creators.

The ban doesn’t mean that there will be an outright locking out of sexually explicit content. Seems like there are certain loopholes to the prohibition, which will probably be squeezed to the maximum by the creators. Creators can post nude images given that they follow through with the guidelines. However, the BBC reports reveal a different picture of how the content moderation is not upto the mark. Only time will tell, how OnlyFans will deal with this curve ball.

Twitter is in full swing with the memes following the news of the ban. Most Twitter users are skillfully drawing paralells between OnlyFans and tumblr, since the latter had brought in a similar prohibition. When there are paralells, it is all the more convenient for the memes to intersect. Let us take a look.

As they say, “there is a first time for everything.”

Self-destruction sounds about right in this context.

Y'all kids would never understand ecosystems collapsed that day😭 pic.twitter.com/ginZIj9FCr

If memes weren’t so funny, the burn would have been too hard to endure. Just saying.