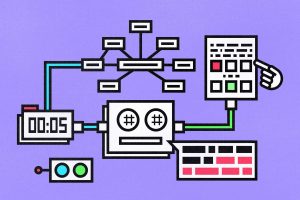 Machine learning and artificial intelligence has been among the trending lists in the technological realm for a while. And right now, the spotlight is on text generation. AI systems absorb millions and billions of words collected from the internet and ‘learn’ to generate text in response to diverse prompts. Although the process sounds quite simple, the fact cannot be forgotten that these machines could be put to complex tasks from writing poetry and creating fiction to writing bad code and even having a tête-à-tête with historical figures!

And when it comes to text generation, the star is OpenAI’s GPT-3. GPT-3 is now being used in over 300 apps by multitudes of developers and if the estimates are right, it is producing a mind-blowing 4.5 billion words a day. This particular achievement puts OpenAI on a pedestal of innovations while also throwing light on the immense scope, impact and potential of AI text generation.

Though it started as a non-profit, OpenAI is now using GPT-3 to generate income. Any firm can apply for GPT-3 access, however, tech giant Microsoft has a special position with the product. OpenAI’s exclusivity deal with the tech giant facilitates unique access to the program’s underlying code.

GPT-3 is becoming a glistening name among various technology firms and startups. A few examples being, Viable, a startup that uses the program for feedback analysis and theme and sentiment identification derived from surveys; Fable Studio creates dialogue for VR experiences using GPT-3 and Algolia’s web search products are being improved using the program.

Though this indicates a smooth road to growth for OpenAI and Microsoft, some analysts put forth a bone of contention, pointing out the faults with building on a technology that doesn’t actually come under one’s ownership. This is mainly because of the fact that GPT-3 can be accessed by a firm and its competitors as well. When two sides have the same weapon, it is hard to discern a top player which indirectly points towards the irrefutable fact that the maximum gain from the technology will ultimately rest in the hands of OpenAI.

Apart from the issue of this no-man’s land, another important query is regarding the quality of output since text generators are prone to harmful biases. And at times they are ridiculously dumb. A medical chatbot built on GPT-3 encouraging a suicidal patient to kill himself is far from encouraging.

As is typical of any technology, it is not basically good or bad rather it is a catalyst for change and highly dependent on how we deploy them.