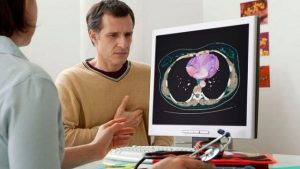 According to the researchers at Oxford, CaRi-Heart is capable of detecting minor problems that go undetected by routine scans. It will facilitate the identification of inflammation and scarring in the blood vessel lining.

This highly effective tool is being handed out to almost fifteen hospitals around the UK. And the NHS expects that the benefits of this tool could be enjoyed by over 350,000 patients.

A good majority of the patients who undergo a generic computer-assisted tomography(Cat) scan after experiencing chest pains are given a clean sheet. However, within a decade, about 20% are struck with a heart attack which raises questions about the accuracy and dependability of Cat scans.

In contrast, when CaRi- Heart was used to analyze these cases, a good number of those patients earlier labeled ‘low-risk’ were added to the category of ‘high-risk.’ This is a clear indication of the immense potential of the technology that will prove to be a remarkable milestone in the medical field, saving countless lives.

In the words of Dr. Chirag Shirodaria, a British Heart Foundation researcher who worked on the project, the beauty of the technology is not just that it saves countless lives but that it is incredibly simple.

At present cardiovascular disease pose a threat to over seven million people in the UK. Every year it costs the NHS about 16 billion pounds.

This latest technology is already made available at 15 sites, including London, Leicester and Oxford.