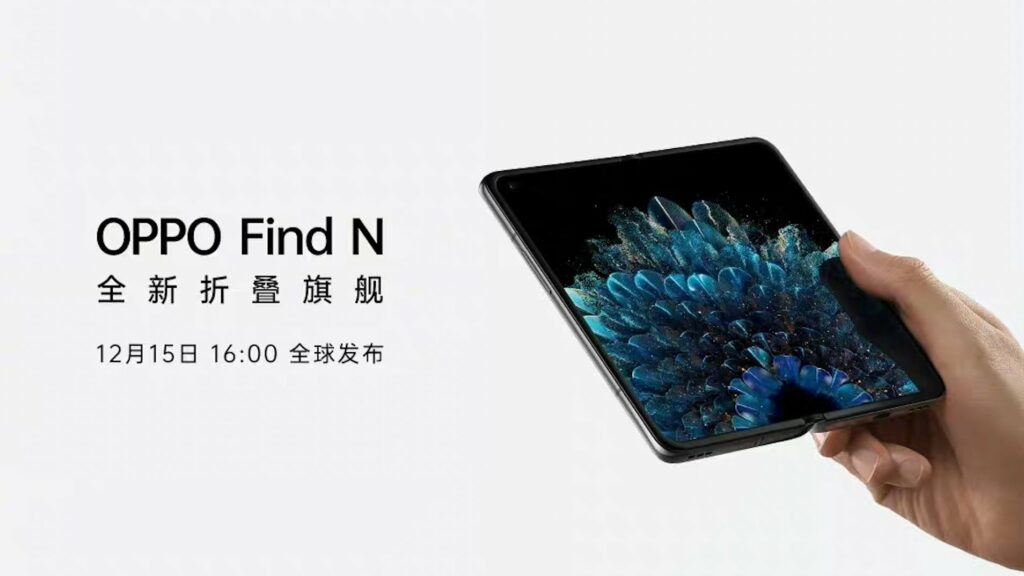 Our first encounter with Oppo’s foldable device was in 2019, when they demonstrated a prototype device. The year before, the business also displayed two prototype phones, one with a rollable display and one with a trifold display.

Regrettably, these phones were never commercially available. However, we can now confirm that the gadget, dubbed Oppo Find N, is in the works because the company has teased it and will be shown during Oppo’s Inno Day 2021.

The teaser for the foldable phone shows it has a big near-bezel-free exterior display and a giant inward folding main display.

What more to expect from Oppo Find N Foldable 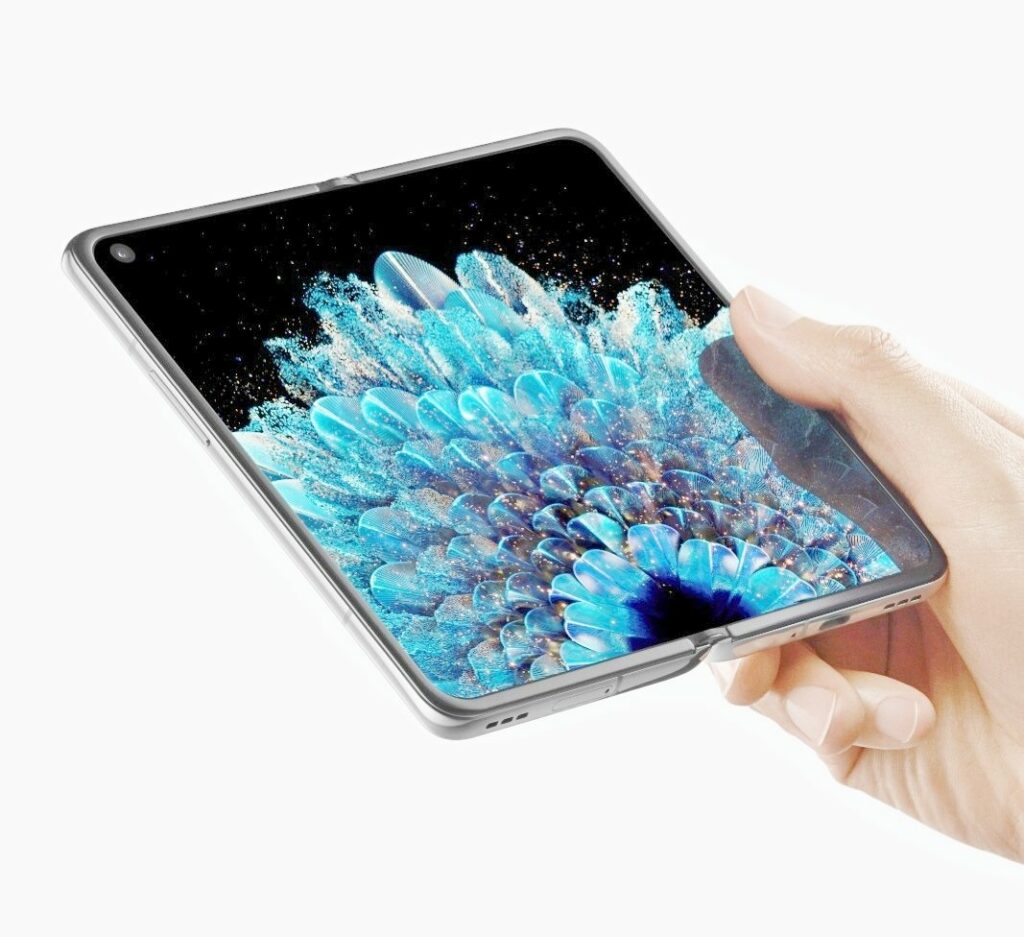 Surprisingly, because Oppo has selected a dark-colored backdrop, it is hard to see a selfie camera on either display. This might imply that the phone will include under-display cameras, similar to the Samsung Galaxy Z Fold 3, or that it will have a punch-hole camera that has been concealed by the wallpaper.

Despite the curved edges with a chrome finish and a large camera bump, the rear panel has at least three camera sensors. OnePlus’ CEO, Pete Lau, who also oversees brand synergy between Oppo, Oneplus, and Realme, has stated that the business has resolved difficulties that affect most foldable phones, such as a crease and durability.

Meanwhile, a story on GizChina cites tipsters who claim the gadget, model number PEUM00, was discovered on Geekbench. The identical model has already obtained the MIIT certification. Earlier in December, the tipster uploaded a screenshot of the latter’s website on his Weibo account.

The Geekbench listing includes further information on the device, which has subsequently been rumoured to be called the Vivo Find N. The teaser, of course, bears the moniker, with the tipster also speculating that it may make its way to the company’s annual conference, which is set to take place next week.

The listing shows that the Oppo Find N might be powered by the Snapdragon 888 processor, which backs up some of the prior speculations about the gadget.

There are also rumours that the device will come with 12GB of RAM and would run Android 11 out of the box. According to benchmark data, the new gadget achieved 925 points in the single-core test and 3,364 points in the multi-core test.

The gadget will also include a low-temperature polycrystalline oxide (LTPO) display. Sony’s IMX766 50MP camera was rumored to be the primary shooter, but we haven’t heard anything definitive regarding the number of cameras on the rear panel yet.

This practically means that employing pixel binning, the Oppo Find N could shoot 50MP photos. The gadget might include an 8.1MP camera on the front.

According to sources, the gadget would have an 8-inch OLED display with a refresh rate of 120Hz (the size looks consistent with the teaser).

It was believed to be powered by a 4500mAh battery with 65W rapid charging capabilities. We still don’t have a specific debut date for the phone, which will have to compete with Samsung’s assortment of foldable handsets.