US regulators in talks with Tesla about in-car games concerns

The US transportation regulators, NHTSA are in talks with Tesla about enabling in-car games while driving with a warning sign that only passengers should use it. Usually, vehicles have in-car games features open only when the car is parked or being charged. Recently Tesla has put more work into making the video games insider its vehicles. 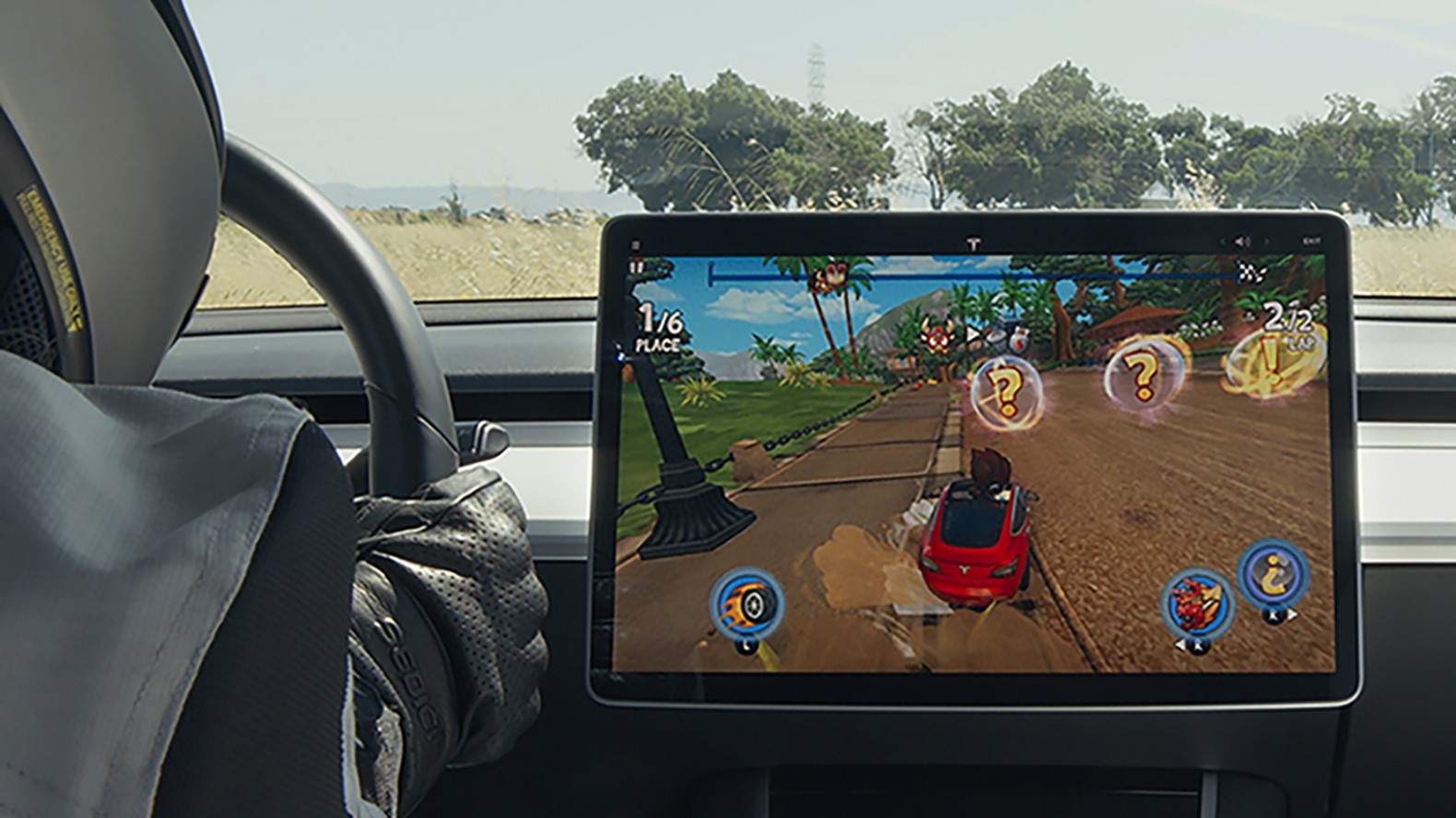 With a goal to optimize fun, the ownership experience was improved for vehicle owners. Regular drivers are not allowed to use phones while driving as it can be a distraction. Meanwhile, Tesla launches in-car games which a driver can easily use while driving the vehicle. Hefty fines are implemented when a driver is seen using phones while driving. While Tesla FSD Beta can detect a person who is not paying attention to the road, not all Tesla owners have FSD Beta subscribed. There have been efforts by various companies to launch a technology that will warn the driver when they are not paying attention to driving.

While Tesla already has issues with the vehicle owners using smartphones while driving, they also launched in-car games. Last year Tesla was known to be working on a new video game with a user interface team in Texas.

NHTSA is in talks with Tesla about the concerns of drivers using the gaming feature while driving. Stating, “Expressing concern about distraction-affected vehicle crashes, the U.S. National Highway Traffic Safety Administration (NHTSA) said on Wednesday it is discussing with Tesla Inc the electric carmaker’s software update that lets users play video games on a touch screen mounted in front of the dashboard.”

Furthermore, NHTSA wrote in the email stating, “Distraction-affected crashes are a concern, particularly in vehicles equipped with an array of convenience technologies such as entertainment screens. We are aware of driver concerns and are discussing the feature with the manufacturer,”

The new scrutiny comes at a time when Tesla is currently working on any other games as well. If these games were enabled for vehicles when parked or plugged in charging points, the regulators wouldn’t have intervened. However, Tesla being Tesla has its own reasons and the idea behind doing so. They are often known to release various fun options for their users especially during holidays. A mobile phone gaming app, PUBG, and Tesla also tied up earlier this year. They released Tesla vehicles and production plant in a gaming interface. Looks like now Tesla is working on the in-car gaming experience rigorously.