Over 2,500 Employees Laid Off Across Byju’s and Its Subsidiaries Byju's has laid off full-time and contractual employees from Toppr, WhiteHat Jr, and its core teams.

The education tech industry continues to have their mass exodus after having a booming 2 years. Although a few people say that the industry will continue to grow again soon, it seems like that is a distant reality right now.

Byjus which is by far one of the leading start-up companies in the education tech industry came out to announce that a massive purge has taken place all over the company and its family of education tech company as more than 2,500 employees have been let go off. Other companies’ part of the Byjus company that has been forced to down size their work force includes WhiteHat Jr and Toppr. 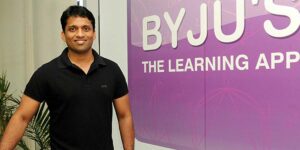 This has mainly been done to reduce the ever piling costs that the companies are recurring as they are slowly coming to terms that the demand for their products and services are slowly waning and that they need to adapt to the current environment.

The purge that took place in the two subsidiary companies took place on June of 27th and 28th, while the purge at the parent company took place a day later as they sent the people emails about the current situation according to sources close to the matter.

The teams that were affected the most by this purge were the design department and even the content department.

According to a source close to the matter, they went on to say that the content and solution creation parts of the company, including the services have gone down by a lot. In some teams, they have removed the entire teams, essentially erasing the entire department from the company. Prior to this, Byjus used to let go off employees of their subsidiaries and other companies that they acquire so that they go unscathed, but now, they have directly cut off so many people from the company all of a sudden. They have even let go of employees from the core operating group.

It seems like the boom of the ed tech sector is country is well and truly done, and they have found their ceiling now as a secondary mode of knowledge rather than a primary one.