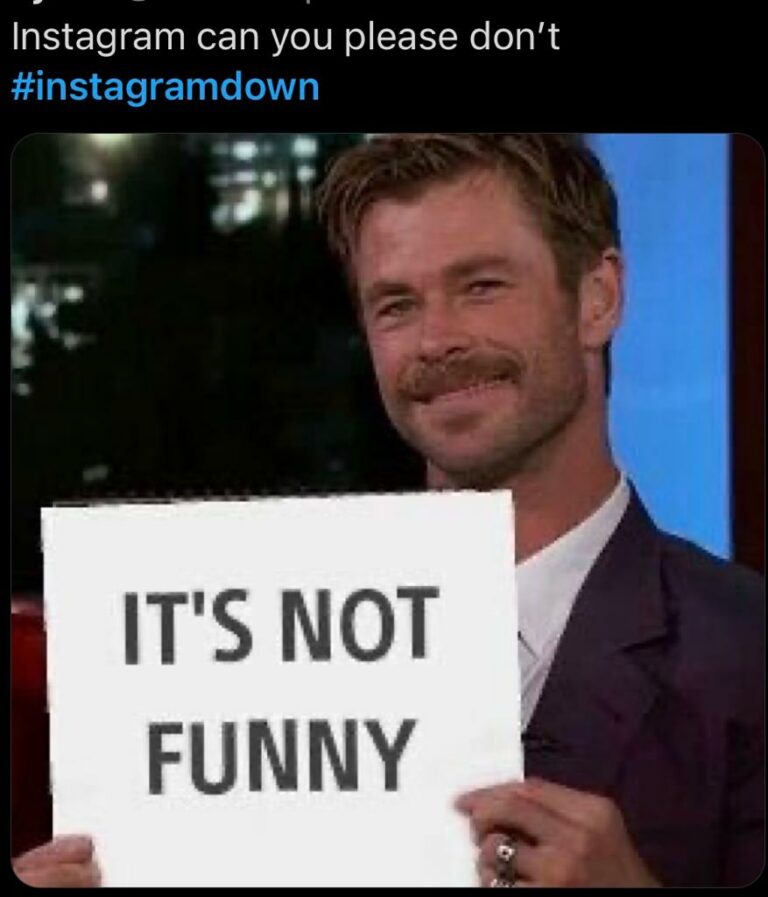 Panic ensues as Instagram suffers yet another mental breakdown.

Instagram indeed has a creative way of working up the nervousness in people. And today, out of the blue the app decided to shut down sending users into a frenzy as a good majority thought that they were being banned from the app. The day and age are such that a random banning feat is not really a matter of surprise. And quite naturally, to calm down their nerves, most users took to Twitter. After all, confirming that it is not just you who is going down is always very reassuring. And there, most users heaved a sigh of relief as “Instagram Down” was trending on Twitter. The affirmation that the app is down is what is needed to lift up the spirits. Talk about irony! Further reports showed that the app was down across the UK and the US. However, from the reactions and responses of people, it seems like the tremors were felt globally.

This is not the very first time the app is going down. Nor is it the first time users are taking to Twitter to kick start a meme fest. However, this time the app actually managed to give us a scare as the app notification said, “We limit how often you can do certain things on Instagram to protect our community.” The reason behind this sudden enlightenment is still unknown. Although users weren’t exactly pleased. The pandemic has already put a limit on how often we can do certain things. We don’t want Instagram to do the same! As soon as the app started its gimmicks, users took to Twitter. Initially to ensure that it’s not just them and later to join the meme fest. Cannot be denied that Twitter is a blessing when an app goes down. The memes are a great way to kill time while waiting for things to get fixed. Here are some hilarious memes from Twitter that are worth a glance.

instagram has more mental breakdowns than me #instagramdown pic.twitter.com/ku8szEJhci

The majority of the users got the notification as they slid into the dm’s. It is rather unpleasant to wait to reply. We are talking about spontaneous thoughts here people. Those can’t wait!

If we conduct a poll to choose the favorite app, who will win?

Instagram was the only one left to limit what we can do. Now that has also happened. At least they asked an opinion with the “Tell Us” statement. (Although clicking on that “Tell Us” was more frustrating than the actual problem.)

My Instagram is dry, how it be telling me it’s limiting certain things I do 😭 #instagramdown pic.twitter.com/O3P7mbW3iE

Turning off the phone is a better bet. Because there were a few souls who kept on deleting the app and reinstalling it.

Me turning my phone off and on thinking it will fix Instagram #instagramdown pic.twitter.com/FEtLzN9i3Z

Yeah, there are better jokes!

You aren’t alone. Everybody got a panic attack. As soon as the app stopped working words like “banned” and “hacked” started to appear in the background.

Damn I thought someone hacked into my account and wasn’t letting me get back in #instagramdown pic.twitter.com/DDsjnEOQfi

A very precise depiction of what happens after an app goes down.

A shivering notification and an app acting crazy. Do you need a better reason to get a “chill down the spine?”