Paris Hilton has invested in crypto since 2016

Everything, according to Paris Hilton, is going digital. Paris Hilton has invested in crypto since 2016.  The 40-year-old hotel heiress is betting big on cryptocurrencies, non-fungible tokens (NFTs), and now the metaverse. 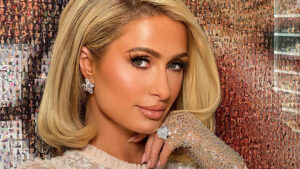 Hilton, a longtime socialite and media personality whose enthusiasm stems from six years of crypto investing, tells CNBC Make It, “I simply genuinely believe in them.” Hilton did not reveal how much she had invested in cryptocurrency, but she did claim she began buying bitcoin and ether in 2016.

In November, Hilton told The Guardian that she got into crypto after becoming “friends” with the inventors of ethereum, the decentralized computing platform that produces ether, the currency in which the majority of NFTs are transacted. Hilton is still enthusiastic, despite the recent cryptocurrency market selloff, during which both bitcoin and ether lost over 50% of their market value from their all-time highs in November.

“I see digital currencies [again] on the rise,” Hilton says. “Right now, what I did was buy the dip,” says the narrator. The term “buy the dip” refers to the practice of purchasing an asset after it has fallen in value in the hopes of seeing it rise again in the future.

Investing gurus advise only putting money into cryptocurrency that you are willing to lose: Ivory Johnson, a certified financial planner and founder of Delancey Wealth Management in Washington, D.C., told CNBC on Monday that jumping in because the price has decreased shouldn’t be your main motivation.

Better reasons, according to Johnson, include employing crypto assets as a store of value and taking advantage of global crypto adoption rates. In terms of NFTs, Hilton developed her first in 2019 and sold it for charity in March 2020, earning “Best Charity NFT” at the NFT awards ceremony that year.

She debuted her own NFT line in April 2021, selling the “Iconic Crypto Queen” for $1.1 million in ether. Hilton also buys them: according to The Guardian, she owns more than 150 NFTs.

The socialite most recently joined NFT platform Origin Protocol as an investor and strategic advisor to assist people in minting their own NFTS and selling them on the network.

Hilton claims that making art, such as NFTs, is therapeutic and restorative for her. “I believe that NFTs represent the future of art,” she argues, pointing out that in the traditional art industry, artists rarely get secondary sales, whereas NFTs do. “I like that it offers creators more power.”

Her next NFT collection, she claims, will be centered on her life story, encompassing all of the well-known highs and lows. Hilton has been public in recent years about the alleged abuse she suffered as a youngster at a Utah boarding school, and how it has affected her life ever since.

“But now, I’ve reclaimed my power and turned into a businesswoman and a social activist,” she adds. “I’m using my platform to make a positive difference.”

NFTs are also linked to the metaverse, a network of 3D virtual worlds where people may work, play, and explore — and where many individuals are excited to show off their NFT collections.

Hilton claims she’s been intrigued by the concept for years, long before Facebook rebranded as Meta and sparked a metaverse frenzy in the corporate sector. “I was already constructing, like, this whole ‘Paris World’ where people could come to hang out and watch me, DJ,” she adds.

Paris World was finally turned into an outpost on Roblox’s platform, which debuted in October. Hilton had her first metaverse party on New Year’s Eve in Paris World. According to her, the virtual throng was twice the size of the crowd in New York City’s Times Square that night. (A request for confirmation from CNBC Make It was not immediately returned.)

Hilton recalls, “I thought that was incredible, and that was just the beta opening of it.” “The options are truly limitless.”

We’re having a party in the #metaverse! Join me at 11pm ET and PT on #NYE this Friday in #ParisWorld 🥰🥰 https://t.co/fDZMmfYzQM 🎉🎉🥳 @djskee @Roblox @dash_radio pic.twitter.com/egLs8pJDYn