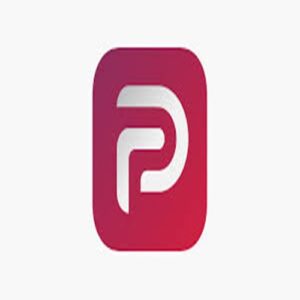 Parler recently announced the acquisition of a cloud service provider as it plans to make further changes in the structure of the company. Social Media app Parlor has said in a statement that, it has purchased a cloud-services provider. Reports also bring out that the company is putting in place a new order to focus on customers.

“We want to become a business powering what I call the uncancellable economy,” Chief Executive Officer George Farmer said in an interview. “We are not going to cancel people for their opinions.”

According to reports, with the acquisition of new cloud services, Parler now has access to 50,000 data centre spaces. Parler has said that it has created a new parent company, which has managed to raise 16 million dollars. The name of the new parent company is Parlement Technologies Inc.

Parler was launched in the year 2018. Supported by right-wing influencers the app was supposed to be a replacement for social media platforms like Facebook and Twitter.

In March earlier this year, Parler took a plunge into buying and selling NFT having conservative themes. Parler was banned from the platform for the app lacked a system to moderate content on the platform. Google announced the app’s return on its platform and said that the app has added the app can now manage content well.

Parler an app believed to be conservative-leaning was removed from the internet in January this year. According to reports the platform was used to support violence, in the events succeeding the capital siege. Parler made a comeback to the Google Play Store earlier this month.

Parler had sued Amazon Web Services after it removed the app from its platform. According to Parler, amazon’s decision to remove its app was due to political and anti-competitive reasons. Amazon on the other hand said that it removed Parler from its platform because of security reasons.

Noticeably, the Parler makes a comeback when another Twitter-like app was denied permission for launch on the Google play store. Parler was restored to the Apple App store in May this year. Trump has been banned from the micro-blogging site.

According to reports, the role of social media platforms has come under scrutiny. According to some experts, the moderation policy of apps has forced people to look for an alternative. Experts opine that this new norm could force people to shift to other platforms where they are free to post content.