Google has hired a former PayPal executive to help improve Google Pay as it prepares to enter the crypto market. Arnold Goldberg has been named to manage Google’s payments unit as part of a company-wide push into financial services, including cryptocurrency. 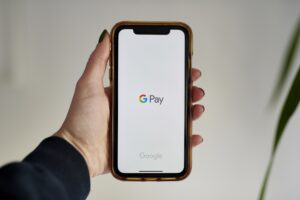 “Crypto is something we pay a lot of attention to,” Bill Ready, Google’s head of business, told Bloomberg. We’ll evolve along with user and merchant demand.” Google Pay is a mobile payment system created by Google that allows users to make in-app, internet, and contactless transactions on Android phones, tablets, and watches.

Google will focus more on providing a “complete digital wallet” that incorporates digital tickets, airline passes, even immunization passports as part of the redesign, according to Ready.

According to Coinmarketcap, the price of Bitcoin (BTC) soared to a high of $42,478 (from a 24-hour low of $41,254) after the news, before sliding down to $41,887 at the time of writing. Google has been dabbling in the crypto space for quite some time, cooperating with many crypto startups until 2021.

Ready explained that the organization intends to pursue more crypto-related partnerships in the future.

Google announced a partnership with Coinbase in June, allowing Coinbase Card customers to use Google Pay to pay for goods and services. Cryptocurrency rebates of up to 4 percent are also available to users.

In October, a partnership between the crypto exchange Bakkt and Google allowed Bakkt clients to use their Google Pay wallets to buy goods and services using some of the exchange’s cryptocurrencies.

PayPal, on the other hand, appears to be down one employee as it investigates setting up its own stablecoin. Developer Steve Moser discovered “PayPal Coin” in the source code of the platform’s iPhone app earlier this month.

This comes only three months after the company scrapped plans for a “Plex” service that would have allowed customers to open checking and savings accounts.

When it came to the decision to reduce Plex, Ready noted, “We’re not a bank — we have no ambition of being a bank.”

“At times, certain previous endeavors would accidentally venture into those realms.” Google Pay first launched in 2015, with a relaunch in 2020 that changed the app into a destination for clients to track their spending and find deals.