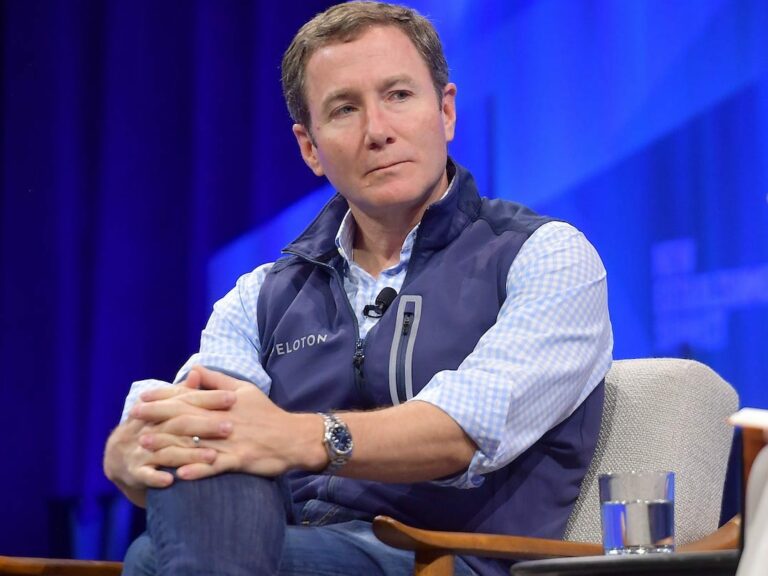 To help revive the floundering fitness firm, Peloton is removing beleaguered CEO John Foley and laying off nearly 20% of its workers. With effect from Wednesday, Barry McCarthy, the former chief financial officer of Spotify and Netflix, will become the company’s CEO and president. Foley will take over as executive chair of the corporation, and he said in a public statement that the appointment is the “culmination of a months-long succession plan” he’s been working on with the board. The news was initially reported by the Wall Street Journal.

Peloton has also announced the layoff of over 2,800 employees, including roughly 20% of its corporate jobs. Foley had hinted at such a move a few weeks ago. In addition, the business is lowering the number of warehouses it owns and maintains and expanding delivery arrangements with third-party suppliers, which will save $800 million annually.

In a press statement, the company stated, “This restructuring effort is the product of rigorous planning to address key areas of the business and reorganise our operations so that we can execute against our growth opportunity with efficiency and discipline.” Employees who are laid off will receive a one-year digital subscription to Peloton as part of their severance package, which will begin on Tuesday.

Peloton also revealed that it is “winding down the development” of its first US facility in Ohio, which it announced in May 2021. This will save the firm $60 million. On-camera teachers and content were mentioned “The actions outlined today will have no effect on them.”

On the conference call, Foley stated, “I love Peloton,” but he conceded the company made “mistakes,” such as increasing its operations “too quickly” and overinvesting in some aspects of the business. “This is ours. I’m responsible for this, and we’re holding each other accountable “he stated.

Peloton’s board of directors is also changing, with two new members joining the board: Angel Mendez, a former Cisco executive, and Jonathan Mildenhall, a former Airbnb chief marketing officer. Erik Blachford, who has been on the board of directors since 2015, is stepping down. These modifications indicate that, for the time being, Peloton prefers to remain independent rather than sell itself to a suitor. Shares had risen 20% on Monday following news that Amazon (AMZN) and Nike (NKE) were considering bids for the company, as well as speculation on Wall Street that Apple (AAPL) would be interested.

Peloton’s stock has dropped by more than 80% since its January 2021 high. Following reports that the corporation has halted producing new bikes and treadmills, they’ve been under increasing scrutiny in recent weeks. Blackwells Capital, a small activist investor with less than 5% of Peloton’s stock, has expressed “grave concerns” about the company’s performance and asked the board of directors to remove Foley and look into a sale.

Blackwells said in a statement Tuesday that the changes are insufficient, claiming Foley has “shown he is not suitable to manage Peloton, whether as CEO or executive chair, and he should not be hand-picking directors, as he appears to have done today.” Blackwells has stated that it will continue to press for a “strategic alternatives approach to maximize value for all shareholders.”

Neil Saunders, managing director of GlobalData, wrote to investors on Tuesday that Peloton is “today a firm in crisis mode.” The moves are the “latest in a long succession of manoeuvres” as the company tries to get back on track.

“Peloton has invested a lot of money building stores, factories, warehouses, and other facilities to meet demand that isn’t going to happen. The new CEO, Barry McCarthy, should cut costs to right-size the company, according to Saunders, who added that a sale would “place Peloton on a much more secure foundation.”