People are Advised not to Purchase Male-to-Male Extension Cords on Amazon by the U.S. Safety Agency.

On Thursday, the US Consumer Product Safety Commission issued an odd new alert, advising customers not to purchase male-to-male extension cords from Amazon.

The cords appear to be sold with the idea that a residence can be electrified by putting one end of the line into an electrical socket and the other end into a gas generator. But it is evident that you should not act in such a dumb manner. 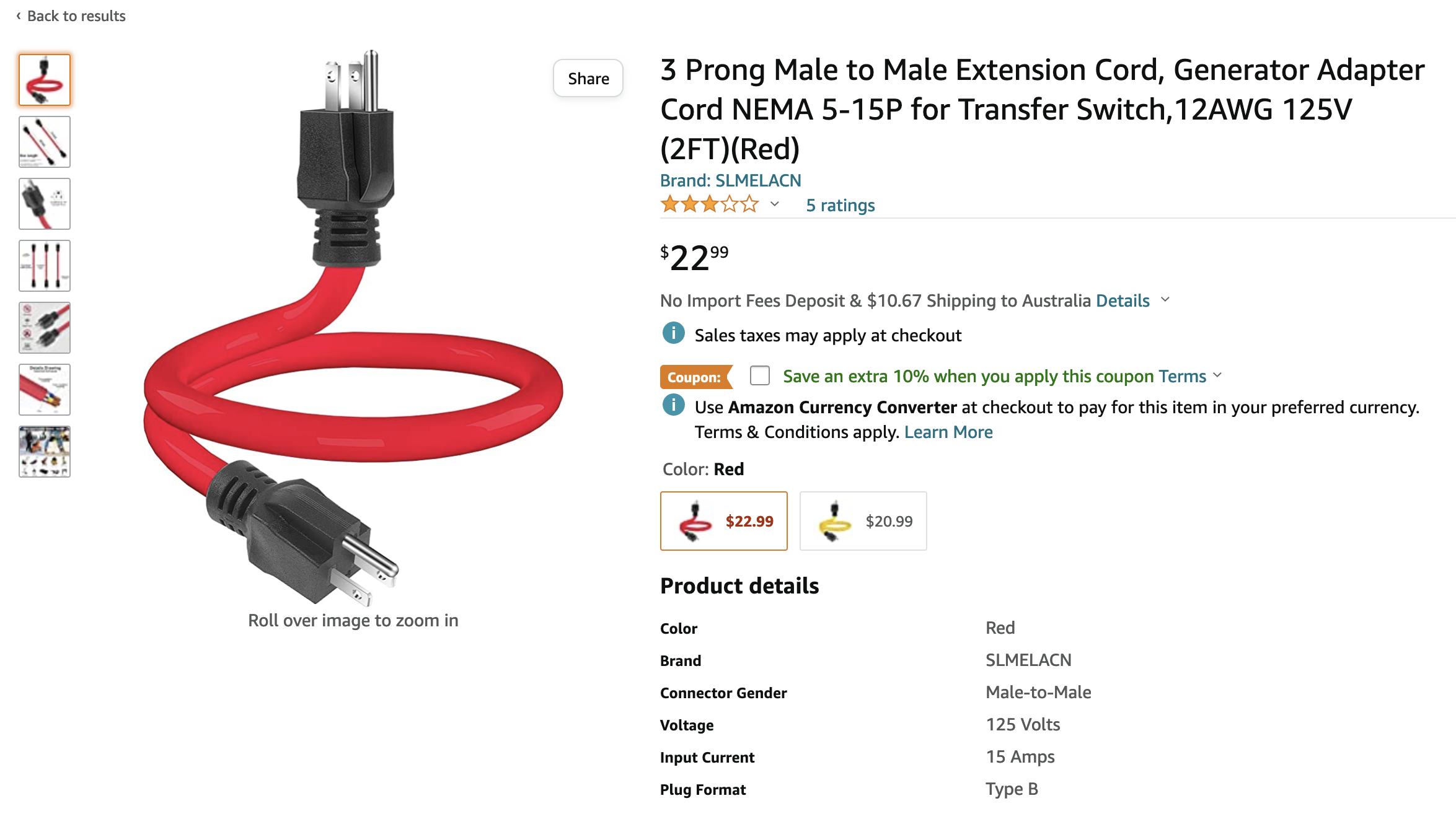 The extension cords are typically used to ‘back-feed’ electricity to a home during a power outage by connecting a generator to an outlet in the house. They have two male ends (a three-prong connector). The CPSC said in a blog post on its website that when plugged into a generator or outlet, the opposite end has live electricity, creating a danger of significant shock or electrocution.

Don’t try to do this once again. It’s dangerous and dumb. But CSPC believed it was important to be clear about this warning.

Additionally, the electrical system of the home’s electrical system is circumvented by the passage of electric power in the opposite way from the ordinary flow of power, which might cause a fire. Some of these cords’ short lengths encourage the usage of generators close to homes, which could increase the danger of carbon monoxide poisoning. Additionally, the National Fire Protection Association 70 (NFPA 70) and other applicable national safety standards are not met by these cables, according to the CPSC statement.

People often refer to these cords as “suicide cords” in reviews for them on Amazon, and for good cause. Quit purchasing these cords. They aren’t secure.