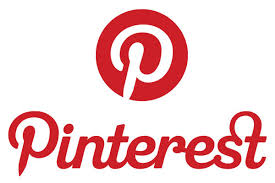 Online scrapbooking service, Pinterest, has raised about $367 million in a new round of financing from new and existing investors. Existing investors include the venture capital firms Andreessen Horowitz and Bessemer Venture Partners, and the Japanese e-commerce company Rakuten. After the latest round of funding, Pinterest is now valued at $11 billion.

The company has said that they are still open to raise another $211 million before they’re done. Since launching in 2009, Pinterest has raised $764M dollars in multiple rounds of funding. The funding details of Pinterest are as follows.

Once this round closes (whether or not they raise the full $578M), they’ll have surpassed the billion dollar mark.

Inspektlabs secured $600,000 in Pre-Series A funding round

Fauna secured $27 million in Funding round

Bulk MRO secured up to Rs 25Cr in debt funding

Mitron secured seed funding of Rs 2 Cr from 3One4 Capital