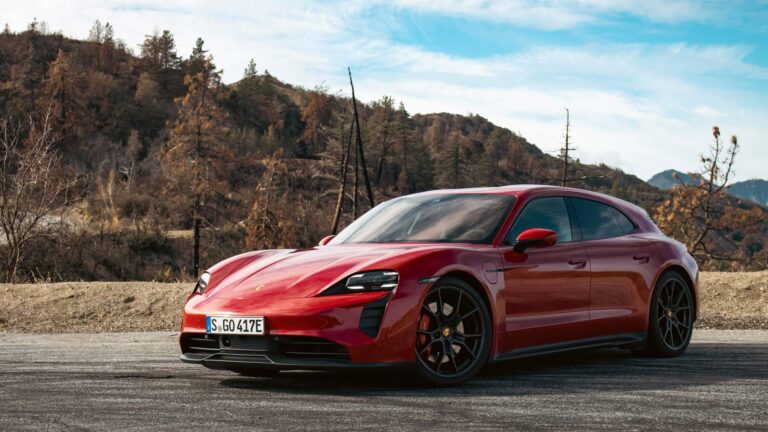 Norwegian Road Federation (OFV) reports the new car registration data for January 2022 and the results reveal that 83.7% of the car registrations in 2021 were electric. Among which Porsche Taycan outsells all internal combustion engine vehicles sold in the month of January in 2022. Porsche sold 181 Taycan models in January in Norway, where the total number of cars sold by the company was 185.

While the rest of the world is just getting started with electric vehicle sales. Norway is far ahead in automotive industry shift. EV sales in Norway amount to two-thirds of the total cars sales in the country in 2021. Furthermore, it comes out to be interesting when Porsche Taycan outsells non-EV cars in the country, defeating Toyota Corollas, Honda Civics, Merc C-Classes all together. Despite being an expensive luxury car, the Porsche electric car sales numbers are growing.

Norway has a population of just around 5.3 million, for which the Porsche cars sold in the country in a month are no less. Last year, electric vehicles started outselling ICE and hybrid vehicles in Norway, making up more than half of car sales by June 2021. The only outlier or non-electric vehicle was the Toyota RAV4, a hybrid car. A total of 271 Toyota RAV4 hybrid vehicles were registered in January 2022. In total, 175 pure gas cars were registered in Norway last month.

Notably, considering the population and the sales last year, the decline in overall new car registration could have been predicted. According to Norweigninan Road Federation (OFV) the registration of new cars per day have reduced by 30% compared to last year. There is a sharp drop in Tesla vehicle registrations in Janurary. The report states that due to lack of boatloads its statistics are affected.

Other, even more popular EVs that also single-handedly beat out the entire field of ICE cars include the Mercedes EQA and EQC, the Nissan Leaf, Polestar 2, Kia’s EV6, the Ford Mustang Mach-E, Volkswagen’s ID.4, BMW iX, and Hyundai’s Ioniq 5. Among which the country’s best selling model is known to be Audi Q4 E-Tron electric crossover, with 643 units sales. Around 19 out of 20 best selling models in Norway were pure electric vehicles. While Tesla managed to be in the top in the US, there is no sign of Tesla in the top 20 list in Norway. However, it is to note that there was no sign of  large boatloads of cars arriving in Norway during January. Last year, Model 3 was known to be best sellling vehicle in the country, now it is placed 48th in the first month of 2022.