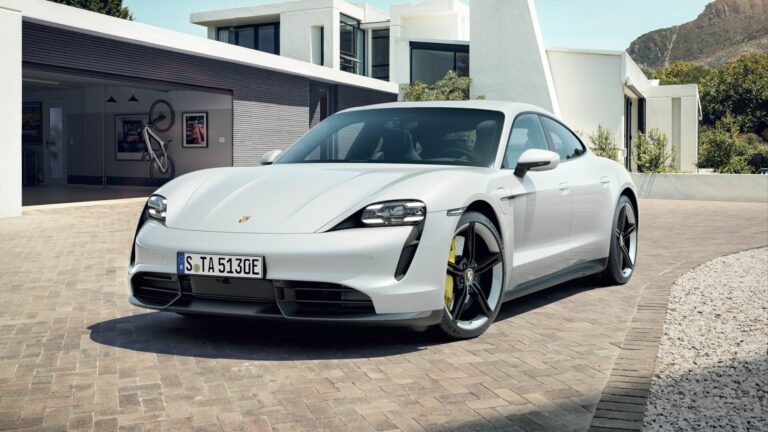 Last year, Tesla brought its then brand-new Model S Plaid to the Nürburgring track and beat Porsche’s record with an impressive 7:35.579 lap. It appears that it created a sort of rivalry between the two companies, and more specifically, between the two flagship sedans.

Earlier this year, Porsche brought a Taycan back to Nürburgring and beat Tesla’s time by two seconds to again claim the fastest lap record for a production series electric car, but not without controversy since the automaker used a Taycan equipped with a new “performance kit” that is “only available in Germany and only for the 2023 model year Taycan Turbo S sports sedan.”Now according to a new report from UK’s Auto Express, Porsche is testing a new Taycan with a tri-motor configuration, like the Tesla Model S Plaid. “The Taycan range kicks off with the entry-level rear-wheel drive version, and the new tri-motor variant should supersede the Turbo S as the fastest model available. Given the upgrades, we predict a slight increase over the Taycan’s £75,500 starting price, with the upcoming flagship costing well in excess of the £142,400 Turbo S.”

Porsche’s current dual-motor hardware can only be pushed so far, so to provide over 1,000bhp to take on Tesla, the firm could adopt a triple-motor configuration for the new flagship. This would also unlock precise torque-vectoring capabilities on the associated axle, with the extra power and cornering performance likely to slash the Turbo S’s 7m33sec Nurburgring lap time.

Lower down in the range, the updated Taycan will launch with minor design changes and possibly more tweaks under the skin to improve performance and range over the current model. A new radar system looks to have been installed behind the windscreen of this test car, suggesting that the new Taycan could arrive with an improved suite of driver assist systems. New wheel designs are expected to feature as part of the facelift, but the rest of the design is almost entirely unchanged – save for camouflaged elements on the rear bumper which indicate further revisions here.

The interiors of these pre-production models are undisguised, so changes inside will probably be mild. New trim and upholstery options could be available to lift the cabin, and software changes are likely for the Taycan’s triple-display infotainment setup.