What Do You Know About Pranav Mistry – The “Inventions” Guy!!

Pranav Mistry – In this day and age heavily driven by “Innovations”, it is seldom that this name is not talked about. 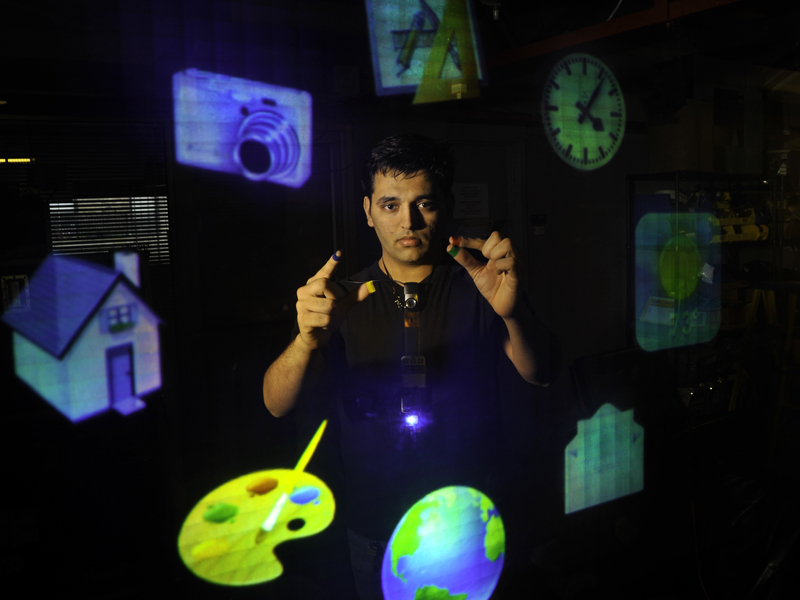 Not many can even dream about the level of creativity that he has already brought into existence. Pranav Mistry has become synonym to SixthSense interface (Off course, he created it!), innovations, and obviously – Samsung!!

Currently, Global VP of Research and Head of the Think Tank team at Samsung, Pranav Mistry is regularly disrupting the market with his brainchildS(yes, plural). AND, he is just 34!!

I know SixthSense is all over the world and since this is not the only thing that defines the innovative mind of Mr. Pranav Mistry, I will keep the obvious at the last of this list.

“Touch to Copy, Touch to Paste”

“Now, you are your cloud”

The above two statements are enough get a fair idea about the concept, but the actual working of the product is all the more pleasant. 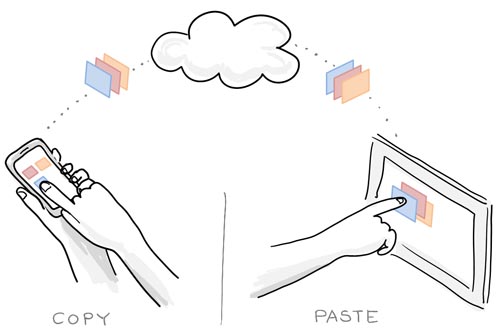 SPARSH, is an interaction method which lets you conceptually transfer media from one device to your body and pass it to other device by simple touch gestures. So basically, you yourself act as a pathway for your media transfer.

You can copy pictures from your phone and paste it to your laptop or tablet, copy a phone number from computer and paste it in your mobile phone, transfer and address received as sms to google maps on computer and many such things at ease. 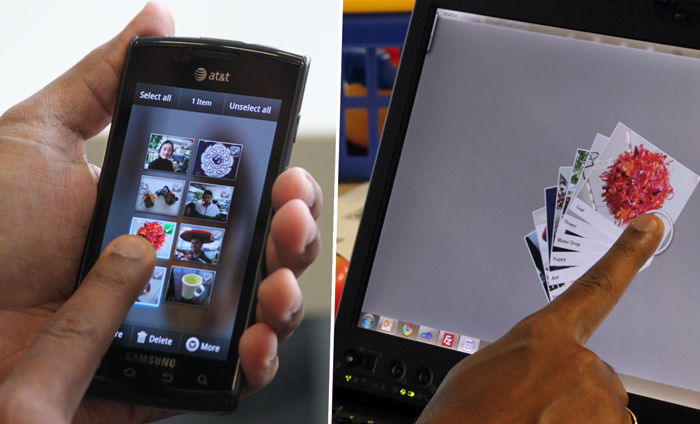 “SPARSH uses touch based interactions as just indication for what to copy, from where and where to pass it. Technically, the actual magic(transfer of media) happens on the cloud.”

Mouseless is an invisible mouse that provides the familiarity of interaction of a physical mouse without actually needing a real hardware mouse.

This MIT graduate has removed the dependency of the physical mouse and has made your hand itself a mouse, using gesture recognition, Infrared lasers and computer vision algorithms.

“No more hassles to take your mouse along to play games with your friends and no more mouse shortages, you have your hand. That’s enough. (Playing Counter-strike would feel all the more awesome now)” 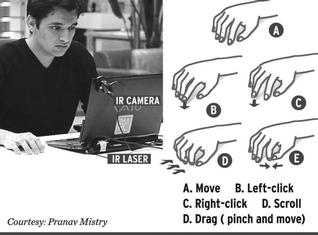 This video showcases the functioning of Mouseless in the most awesome way possible (Hint – Tom and Jerry lovers will love this!!) –

BlinkBot is a wearable glass system that detects wearers gaze and blink movements and uses this as a way to control and command a robot.

“Using BlinkBot the user can direct a robot to move an object from a location to another by just gazing at the object, selecting it by an intentional blink and selecting the destination location by another blink.”

The video showcases the day-to-day use of this bot –

“QUiCKiES are intelligent sticky notes that can be searched, located and can send reminders and messages, and help us to seamlessly connect our physical and informational experiences.”

Sticky notes are so important for us to keep a tab on our daily tasks, reminders, to-do lists and make a note of other types of information. What “Quickies” does is that it intelligently reminds us of our commitments via mobile phone, email, messaging clients, alerts etc that are integrated with the system. 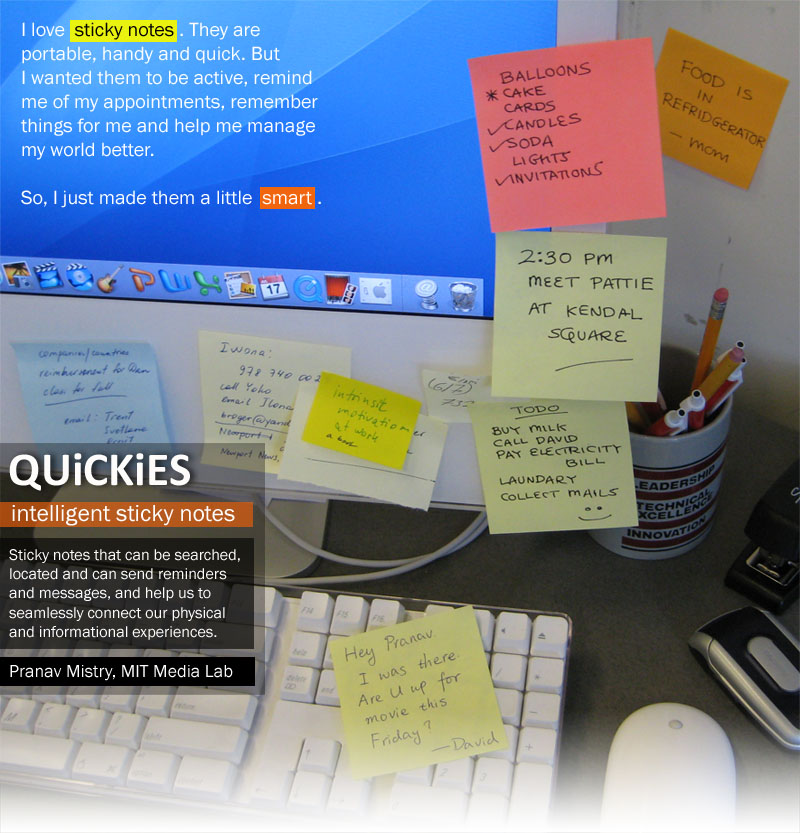 The notes made on the physical sticky notes are interpreted through a software program and it is linked to mobile phones, email calendars so that the users are timely notified and never forgotten about their commitments.

Users can also browse through all the notes using a computer and also search for a particular note using keywords.

Here is the illustration of QUiCKiES –

SixthSense is a wearable interface that augments the physical world around us with digital information and lets us use natural everyday hand gestures to interact with that information.

By wearing just a hat with a tiny projector and a camera, user can make any (yes, ANY!!) flat surface as a connection to the world to check emails, finding locations, drawing with gestures etc. 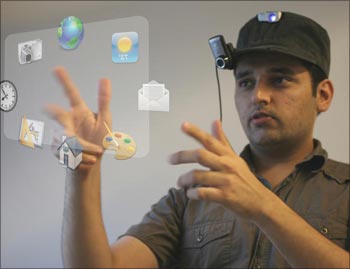 This innovation bagged MANY awards and coverage in leading media agencies.

The device, patented by MIT, also has Indian roots of Pranav Mistry incorporated – Bringing your hands together in the gesture called “Namaste”, triggers the main menu of the device to open up. That’s just Awesome!! 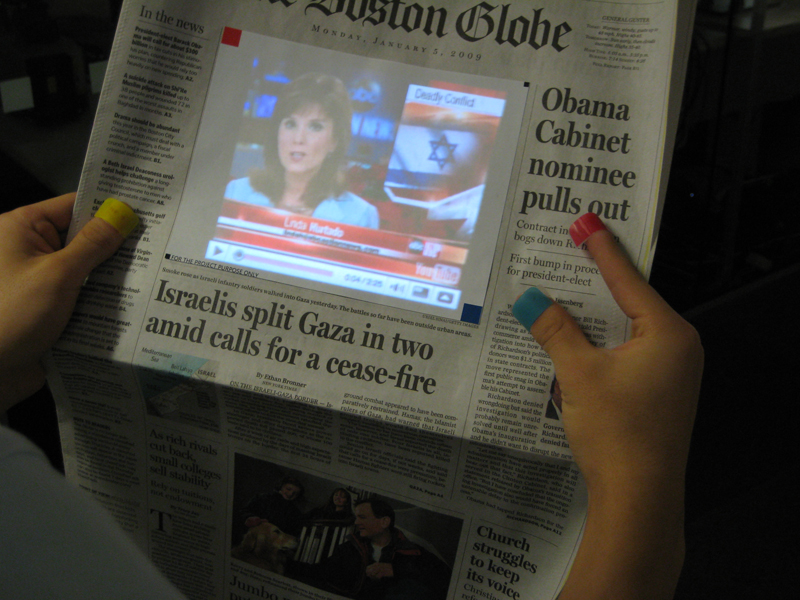 Following are some of his quotes mentioned in the The Tech, MIT article published in 2009 –

“There is a lot of information on the Internet, but humans do not have access to it at all times. SixthSense gives you the ability to receive information about anything and anyone you encounter, anywhere, and at all times.”

“I believe that we should use systems to learn about users rather than have users learn about systems.”

Now comes my personal favorite, a TED video illustrating the product by the man himself, Mr. Pranav Mistry. (The gujju accent in his speech is just the cream of the crop!!)

Pranav Mistry is also the brain behind Samsung Gear VR

I am curious to what could be the WhatsApp status of Pranav Mistry – “iMAKE”, “Creating Bridges (without cement) for mankind”, “Innovation at its ease” or maybe “Feeling bored, just gonna create something new” 🙂

Do check out our Augmented Reality Startups article here