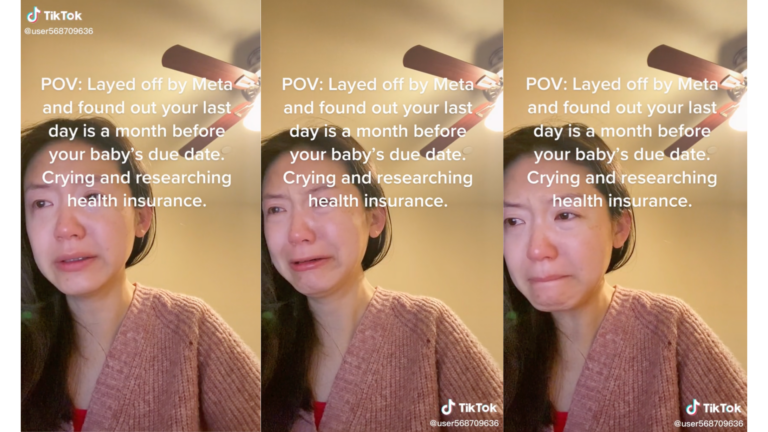 Meta layoffs are hitting a lot of people quite hard. They recently laid off 11,000 employees, and while I feel most of them will be able to land a job soon,  it depends on their situation. Just take the case of this pregnant lady who was laid off by Meta and has her due date in a month. Now, the question is, can she even focus on her work in such a state.

In this video, she is just crying throughout and seems to have been looking for insurance plans so that she can cover any extra cost while giving birth. 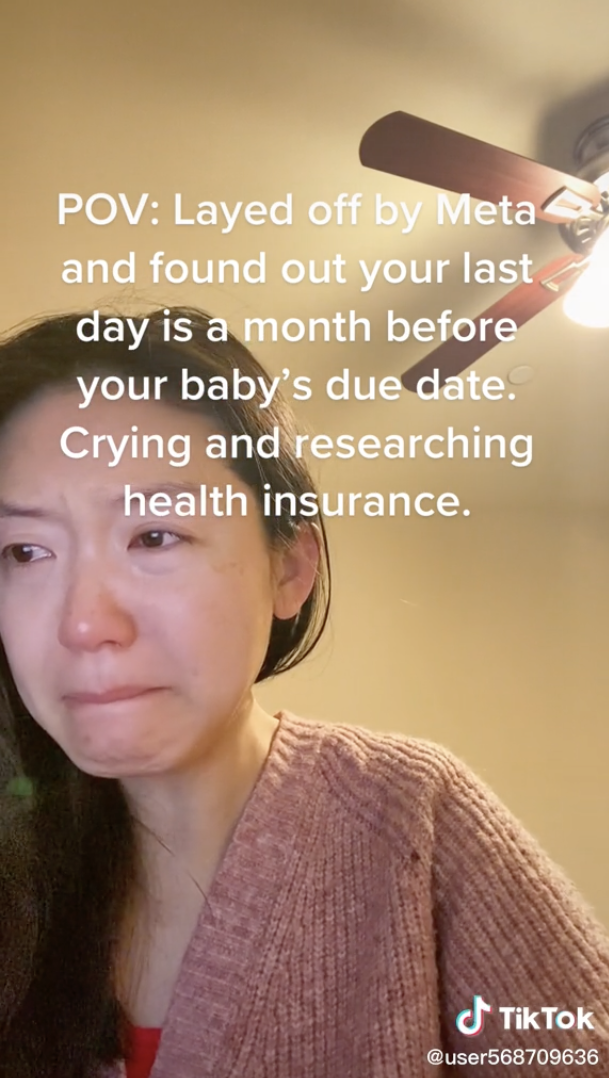 However, many viewers pointed out in the video that it is unnecessary as “Meta is providing 6 months of continued health insurance + a severance package.”

Even Mark Zuckerberg said laid-off employees would be given 16 weeks of pay and 6 months in insurance. And those who are on Visa will be given resources to help change their immigration status.

Another viewer pointed out the mental stress it will put on her and how she won’t be able to bond with her baby because of the stress of finding a new job.

However, one thing that doesn’t make sense here is ‘planning’. If someone has been working at Meta, they must have savings and investments. Then why panic? And even if it takes some time, I am sure it won’t be impossible to find a new job after working at one of the biggest tech companies in the world.

Some viewers also have been talking about how it is illegal to fire someone if they are pregnant. However, some replies suggest that there is a difference between laying off and firing someone, and since a severance package is included, it will be alright.

Alongside laying off people, Meta has also frozen hiring, and we may see more tightening and further layoffs in the next 6 months. I know it’s the worst thing in the world to get laid off, but from the company’s perspective, they also need to think about profitability in this recession. We can blame them 100% altogether.

What are your thoughts as the pregnant lady gets laid off by Meta? And do you think that with the severance package and health insurance, she has anything to worry about? Let us know in the comment below. And, if you found our content informative, share it with your family and friends.