Given that political polarisation appears to be growing, particularly within the two major political parties themselves, Facebook parent company Meta Platforms’ decision to impose a ban on political ads prior to the 2022 US midterm elections may have been the wisest course of action.

For the week coming up to election day, according to Meta, there will be a “restricted period” for advertisements in the US that discuss “social issues, elections, or politics,” effectively prohibiting the publication of new advertisements from November 1 through November 8.

The majority of ad modifications will also be disallowed, the business announced. 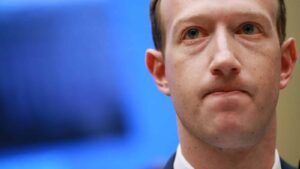 Since the restricted period “achieves the correct balance of giving campaigns a voice while providing additional time for inspection of political advertising in the Ad Library,” Meta said it is reintroducing the one-week prohibition.

The plan is similar to what Facebook did for the 2020 US election in response to criticism it received after the 2016 election, when misinformation flooded Facebook before the vote, some of it spread by Russian-affiliated organisations, which some still think played a significant role in Donald Trump’s victory over Hillary Clinton.