OnePlus has confirmed that in collaboration with Tencent Games, PUBG will now be played at 90fps, exclusively on select OnePlus models.

Most avid gamers would struggle to find a way to play the popular online game at a frame rate higher that 60fps. Barring downloading the Chinese version of the game, on a phone with a 120Hz refresh rate, this is nearly impossible. However, Tencent has now announced that it will gradually update its PUBG platform to allow gamers worldwide to play at a higher frame rate. OnePlus users however have the added benefit of availing of this update a month before the rest of the world. Exclusively on OnePlus 8, OnePlus 8 Pro, OnePlus 7T and OnePlus 7 Pro, the game is currently playable at 90fps. 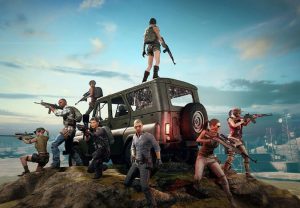 This exclusivity will last up until the 7th of September, after which Tencent has announced that any player with an Android device that supports higher frame rates will be able to play the game at 90fps. This means  that Samsung Galaxy S20 users, Pixel 4 and 4XL users, as well as Razer Phone users can enjoy the quicker frame rate within a month.

OnePlus has stated that the support excludes China, Japan and South Korea. The update comes as Epic Games too enabled 90fps support for their Fortnit game, on Android, with the OnePlus 8 receiving the update first.