PURPLLE READY TO OFFER BEAUTY THROUGH NEW FUNDING OF $45 MILLION

Beauty is attractive and so is money.

You cannot afford to look beautiful if you don’t have a penny in your pocket.

Similarly to offer beauty the company Purplle has did a big revelation.

The same thing applies to the major beauty e-commerce platform Purplle that is definitely dealing with a cut-throat competition from strong brands. A huge funding of $ 45 million was raised by the company in the latest round.

Let’s take a look into details.

The company has been a big name in the multi brand retailing business as it has established a great market segment in selling cosmetic & wellness products. It was incepted by Manish Taneja & Rahul Dash in the year 2013. The headquarters are in Mumbai.

It was the idea of IIT alumni to offer a customized range of skin-care, make up, haircare, body care and beauty appliances. It brings under one roof the entire group of more than 1000 Indian & international brands offering more than 50,000 products. There are various private & international labels attached to the company. 7 million active users have been entertained by the company so far. 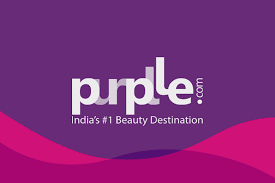 A robust growth has been observed.

Admist covid; they standard of more than 90% growth for past 3 years.

Now; the series D round was efficiently brought to an end where the already existing investors played a major role like Sequoia Capital, Verlinvest , Blume Ventures and JSW Ventures.

The updated figure of valuation now stands at $ 300 million. Purple also made a great growth by delivering 22 times the amount that was invested in it. This growth made a very clear signal that the company will make its grounds more strong in the coming times.

The founder of Ivy Cap Ventures ; Vikram Gupta has already quoted that they have a strong belief in the company’s growth and therefore even after the parallel exit; they still hold a major stake.

Sequoia Capital also gave an optimistic nod saying that we are extremely excited to be in association with the company as the company keeps an eye on high retention & affordable range of products. There is a possibility that the penetration into the market can be from (10-25)%.

The plan ahead is to make the name Purplle a multibillion dollar digital first beauty & personal care enterprise.

It is rightly said that a beauty product is a drug at factory but a ray of hope when presented in front of customers.

In this ever-green market having new products daily; if a company has been able to bag such a huge amount; it signals a strong presence ahead. The investors have a sure confident stake making it even more successful.