Qupid – An App That Keeps You Connected With Your Special Someone ! 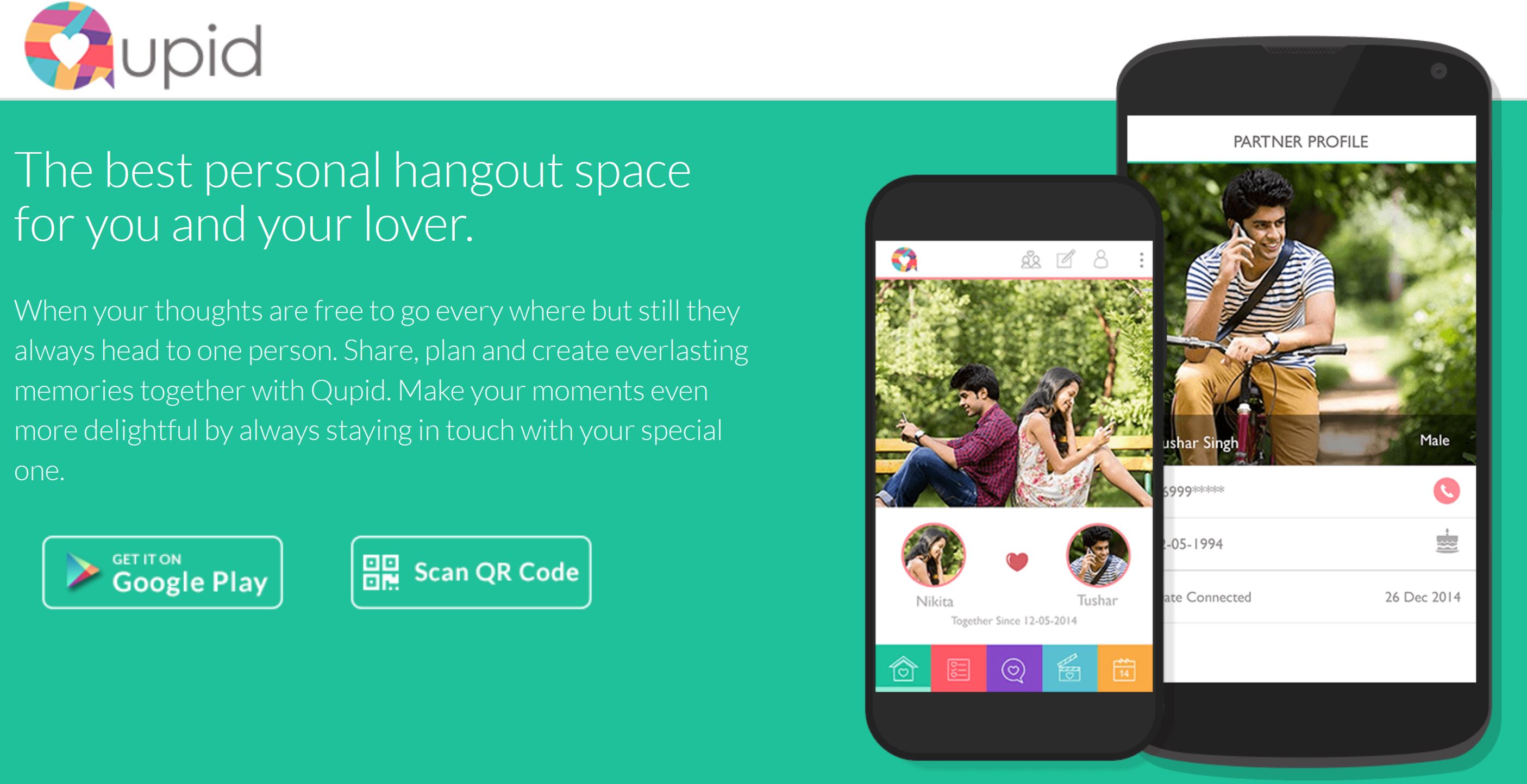 says Qaiser Ali, co-founder of Qupid. He then along with his friend Nikhil Kumar founded Qupid.

[box type=”shadow” align=”aligncenter” class=”” width=””]Qupid is a chat product focused on solving the real world problems of lovers whether they are in the same city or in a long distance relationship. Qupid aims to connect lovers and provide them a personal space which is lacking in times of today.[/box]

We want to become a brand ‘Connected with Lovers’.

says Qaiser. Qupid is among  the first Indian app focused on solving the problems of providing people in a relationship their own personal space. The app provides its users with an uncluttered way to stay in touch with people whom they are in love with. The app targets mobile friendly crowd that wants to create a special space with their special someone in the world of continuous connectivity.

There aren’t many apps in India who are currently operating in this space. On a global scale apps such as Couple ,Avocado and Between are the ones that operate in this space. Currently Qupid is seeing a lot of traction in the Indian market and will be focusing on this market for the time being.

The addressable market in India is huge and we have a lot of opportunities. Nobody is doing anything to solve the problem that exists. So we have a really great opportunity and looking at the Indian market we can say there is lot more to come for Qupid.

says Qaiser. Qupid was founded by Qaiser Ali and Nikhil Kumar. Qaiser’s first venture was a social network focused on relationships. His first venture did not do very well and that was when he thought of building something that solved the problem he himself was facing. That how the idea of Qupid was born.

Nikhil owns an IT Service company Trendsetterz in Lucknow. Nishchal Kesarwani later joined Qupid as one its founders. Nishchal is a serial entrepreneur and being in the startup world for the last 7 years is very well versed with the nuances of creating and scaling companies.He owns a company called Pressed which is focused on helping startups grown right from their idea stage.

Qupid today is a team of 5 people. The company is currently focusing on creating a strong product and building a sustainable user-base before thinking of monetizing the product.The app currently has users spread across most cities in India.12% of Qupid’s users are from U.S, London and other countries.

Qupid app is currently available on Android only. The company is now focusing on making the app available for iOS users. Besides this, the company is also working towards introducing a number of product features in the coming months.

Qupid is looking forward to raise an amount between $100,000 – $1m in the next 4-6 months to aid their product and market expansion plans.