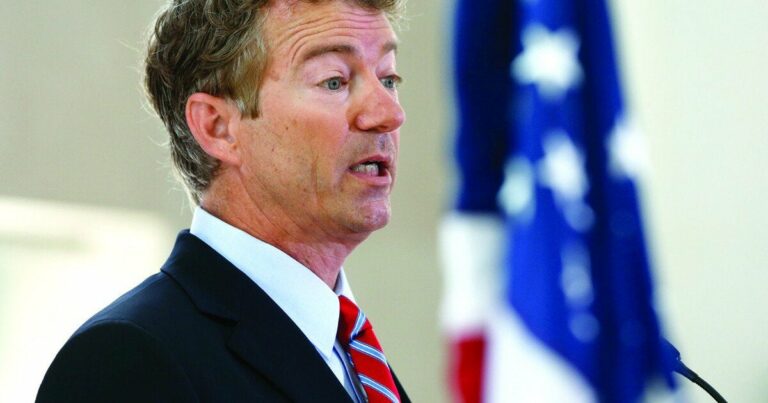 Sen. Rand Paul, a Kentucky Republican, said that he will no longer be contributing content to YouTube owing to the platform’s filtering tactics, which he relates to broader Big Tech content censorship. Paul earned two strikes on his channel last year, in August and September, for allegedly violating the platform’s COVID-19 misleading policy. Both strikes resulted in Paul’s account being suspended.

Randal Paul is an American physician and politician who has served as Kentucky’s junior senator since 2011. He is the son of Ron Paul, a former three-time presidential candidate and 12-term United States Representative from Texas.

Paul is a graduate of the Duke University School of Medicine and a Baylor University graduate. He was born in Pittsburgh, Pennsylvania. Paul started practicing ophthalmology in Bowling Green, Kentucky, in 1993. In 2003, he resigned from the American Board of Ophthalmology and declared his National Board of Ophthalmology self-certified. He continued to work and, in December 2007, opened his own clinic. Paul first entered politics in 2010 when he ran for a seat in the United States Senate.

“Every year, people make resolutions to improve their health – abstaining from alcohol, processed foods, and toxic relationships, to name a few. I’ve realized that my relationship with YouTube is broken, and I’ve decided to fix it.” Paul penned an op-ed in the New York Times on Monday.

“About half of the population is conservative. We could cripple Big Tech in a heartbeat if we all took our messages to open-source platforms. So, today, I take the first step toward denying Big Tech access to my stuff. He went on to say, “Hopefully, other liberty-lovers will follow.” Instead, Paul claimed he’ll upload his content to Rumble, a free-speech-oriented YouTube competitor.

Paul noted that YouTube deletes his videos whenever he provides content that contradicts the current White House narrative about the COVID-19 pandemic, no matter how well referenced and researched they are. In August, his account was suspended for a week after he violated the site’s COVID-19 disinformation policy by posting a video saying that surgical masks and fabric masks aren’t effective against the coronavirus.

“You have the audacity to take away constitutionally protected speech!” Paul emailed a source on Monday. “It’s amusing that the censors may consider themselves progressive, but their acts are more akin to the mediaeval church’s diktats.” Consider that for a moment. In the year 2021, in the United States, you are told that there are some ideas or viewpoints that are too ‘dangerous’ for you to see.