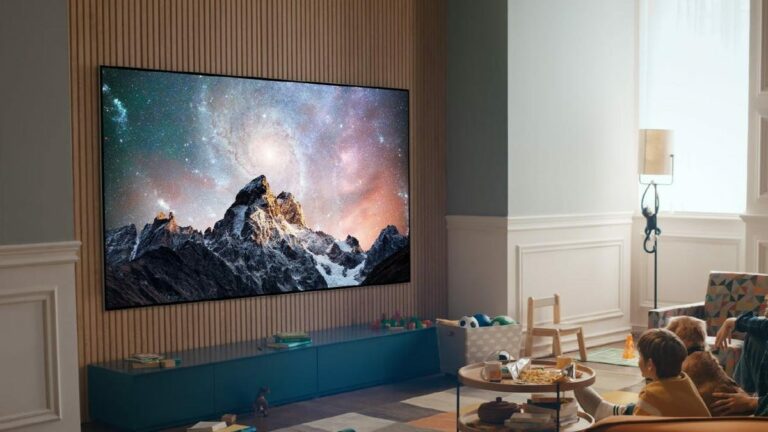 LG promises to fix the major downfalls in its OLED’s to promote gaming LG pledges to address the primary flaws in its OLED displays in order to boost gaming.

LG is updating its OLED TV portfolio at CES, and while the underlying technology hasn’t changed much, the 2022 lineup includes a few new features. The G2 and C2 TV series, which incorporate LG’s next generation of self-emissive pixel technology, OLED Evo, claim to improve on what is already a leading display technology by offering improved brightness.

Improved heat dissipation and clever algorithms, according to LG, are to blame. OLED screens are brighter than LCD displays and offer perfect black levels, brilliant colors, and excellent contrast ratios.

Panel makers have made great progress in recent years in making OLED TVs more visible in bright surroundings, and LG claims to have taken yet another big step forward.

LG’s flagship G2 series now includes a 97-inch model as well as a new 83-inch variation, in addition to the cosmetic upgrades. The C-series TVs, which are less expensive, take the opposite route, with a 42-inch OLED TV being added to a selection of six sizes ranging from 32 to 83 inches. Despite the fact that we have yet to see the new TVs in person, LG boasts that the C series has narrower bezels than prior models.

Other modifications are very subtle. The TVs now contain an Alpha 9 Gen 5 CPU, which LG claims uses deep learning to improve upscaling performance, give images a more “3D” appearance, and improve virtual surround sound. This is the type of thing that sounds wonderful in a press release, but you have to see it to believe it.

LG’s Smart TV platform is gaining traction as well. Personal profiles are introduced in WebOS 22, enabling you to view only the streaming services that you use, rather than what your roommates are watching. It’ll also give you more tailored recommendations, so if all you want to do is watch Ted Lasso over and over, you won’t see anything on Apple TV+.

Although some TVs offer Chromecast, LG’s NFC Magic Tap function allows you to mirror the screen of your smartphone on your TV. You may now mirror cable or satellite broadcasts from one LG TV to another over wifi, which isn’t a new function.

The LG 2022 TVs also contain a “Always Ready” feature, which allows you to display artwork, a clock, or play music by merely hitting the power button on the LG remote.

Support for Matter, a new smart home standard that aims to make all of your smart devices work together, is maybe more important than any of these new features. Apple, Amazon, Samsung, and Google have all signed on to Matter, which lets you to control all of your devices from one place.

LG’s TVs are among the best for gamers using the latest consoles, and the new models will offer the opportunity to select game-specific features and settings from the TV’s Game Optimizer Menu, such as G-Sync, FreeSync, and VRR.

This menu now includes a new Dark Room Mode, which adjusts the screen brightness to match the lighting in your environment. LG is also expanding its QNED miniLED TV lineup, which makes use of the company’s Quantum Dot NanoCell technology.

These panels are far brighter than OLED and do not induce burn-in, despite the fact that they do not deliver perfect blacks or infinite contrast ratios. However, miniLED technology will not be used in every QNED TV.