Oppo first move in the foldable segment was in MWC (Mobile Worlds Congress) where it showed a prototype of a folding phone. Since then there were multiple patents of folding devices surfaced from the company. And the most recent one is what we are talking about here. It’s like the moto razor device but inverted. Oppo might position this device to be a competitor to the galaxy and Motorola foldable.

Details of the device 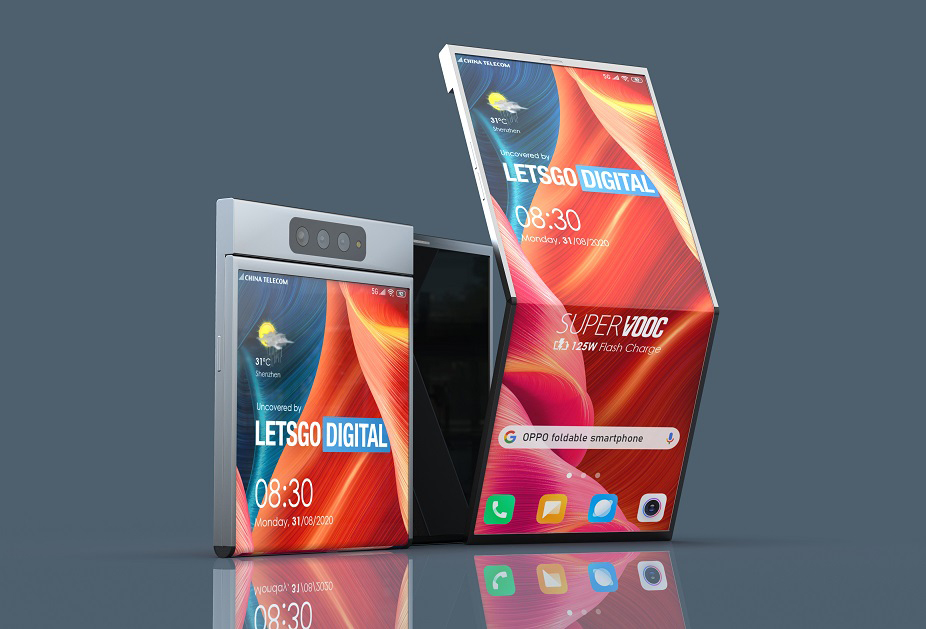 Oppo has designed a very practical device here. The front housing has the front camera which becomes the rear camera when the device is open. But, since the device’s screen folds outward it will interesting to see how the screen holds up the daily abuse.

It is also quite noticeable from the render that the UI of the device has been designed accordingly. It changes and gives a very workable experience in both folded and unfolded mode. The patent that surfaced also has mentioned an iris scanner and a fingerprint scanner.

Let’s see at price Oppo launches its first clamshell foldable device and what specifications does it come with. Knowing the track record of pricing of Oppo’s flagship devices I don’t expect it to come at an affordable rate.

Are you interested in getting a foldable device or do you think it still has a long way to go? Let us know all your opinions in the comments below. If you found our content interesting like and share with your friends who are fascinated by foldable devices.