Recycling Plastic Waste Through Technology Following the Path of Sustainability

Waste generation, disposal and recycling has been a major problem all over the world for the past many years. As the consumption of goods increase so does the production of waste, this waste has always been hard to deal with. As a result, this has been the root cause of many types of pollutions.

Air, water, soil and land pollution has been caused by discarded plastic. As it is a very difficult substance to deal with, it has been proven to be quite in corporative in nature while treating. Poisonous fumes are being produced whenever plastic is burnt, which has an even worse effect on the environment and the surrounding ecology. 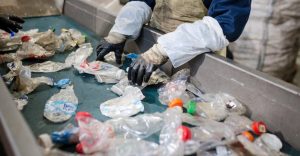 Recycling plastic can be a difficult task but not an impossible one. There are some dedicated companies which have been successful in tacking this issue. One of the technologies which is expected to provide solution on this issue is known as ‘Chemical Recycling’.

Let us understand first, what is chemical recycling. It consists of a process which utilizes chemicals in order to break down plastic waste post consumption into its valuable chemical components. There chemical components are very useful as they can be used as fuels or are capable of being converted into new plastic products once again.

With the help of chemical recycling, one can produce higher quality of plastic. This technology can be used to recycle more types of plastic which used to generally send to be disposed in the landfill. Not only plastic, with the help of this method other materials can be recycled too such as carpet, fiber and other types of polyester.

Chemical recycling helps to upgrade the discarded plastic that is able to match the set standards. One such company making use of this method is BioCellection. This is a US based company. With the use of technology this company can convert waste plastic into succinic acid, glutaric acid, adipic acid, pimelic acid, suberic acid and azeliac acid.

This invention is considered to be extremely vital. Upon further developments this technology has the potential to substitute plastic in the place of fossil fuels. This can be the next stage in sustainability.

Dr Karthikeyan Kandan who is serving as a senior lecturer at the De Montfort University has come up with the procedure to make a prosthetic circuit out of merely six plastic bottles. This prosthetic circuit is what connects the artificial limb to the human body.

The plastic is ground into fine powder and the powder is them converted to make yarn. This yarn is then knitted to fit the prosthetic limb. It is then put in the oven and is them transformed into a prosthetic socket.

The cost of traditional limb can range from anywhere between three thousand dollars to six thousand dollars. But this prosthetic limb costs just twelve dollars as it is made out of recycled plastic. This has been tried on patients in India. Many people find it difficult to afford healthcare at such an advanced level.

This technique can be implemented and prove to be useful to many underserved people from developing and under developed nations.

Clubhouse To Launch Soon In India.