Reliance Industries and Future Group’s $3.4B deal approved by the Indian stock exchanges 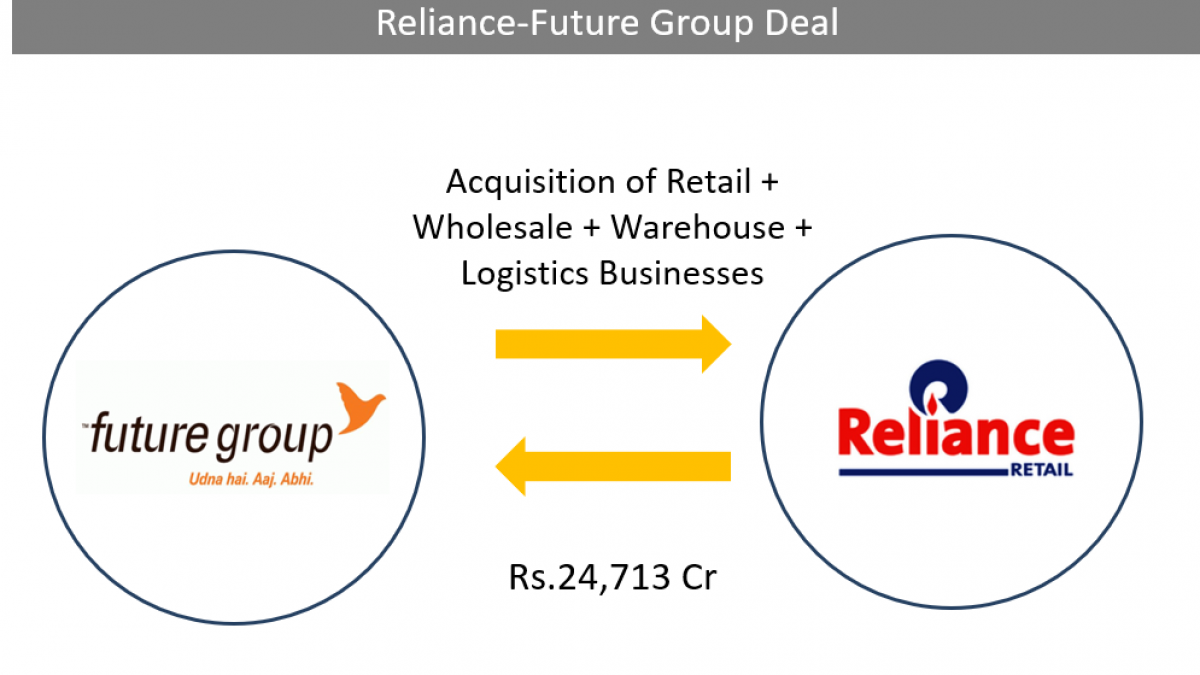 The deal between Reliance Retail, a subsidiary of the Reliance Industries Limited and Biyani’s Future Group has shaken ground for Jeff Bezos’ Amazon. The deal includes Future Group selling its retail, logistics, warehousing and retail units to Mukesh Ambani’s Reliance Retail as businesses got under immense pressure during the COVID-19 pandemic’s peak months in India.

In 2019, Future Retail entered into an agreement with Amazon and as a part of the deal, the e-commerce giant had acquired over 49% stake worth INR 2,000 crore in Future Coupons, a promoter of Future Group’s Retail unit- Future Retail.

After the deal between Reliance Retail and Future Group was announced, Amazon said that the mentioned deal was a violation of their non-compete clause and right of first refusal pact that it signed with Biyani’s Future Group as a part of an earlier agreement. Following which, Amazon also wrote the Securities and Exchange Board of India and National Stock Exchange to not approve the deal between Reliance Industries and Future Group.

Most recently on Wednesday, the Indian stock exchanges have approved the deal between the two retail giants of India, a deal worth $3.4 billion which serves a massive setback for the e-commerce giant, Amazon.

According to several reports, the Bombay Stock Exchange (BSE) mentioned in a notification that it had discussed with the securities regulator of the country, the Securities and Exchange Board of India (SEBI), the future prospects of the deal and had no adverse observations on the deal, giving it a green signal.

The notification also enabled both the retail giants, Reliance Retail and Future Retail to file the scheme with the National Company Law Tribunal (NCLT) and further advised Biyani’s Future Group to provide details of its last year deal with Amazon with regard to the ongoing litigation. The approval of NCLT is still pending, as mentioned in a report by TechCrunch.

The COVID-19 pandemic has been very hard for many businesses and Future Group admitted to being short of cash during the COVID-19 induced lockdowns where the overall market was down. As mentioned in an August report, Future Group announced that it has entered into an agreement with the largest Indian retail chain company, Mukesh Amban’s Reliance Industries Limited to sell its retail business, wholesale, logistics and warehousing business to the latter for whopping USD 3.4 billion.

According to a report by TechCrunch, sources suggest that Amazon will continue to pursue legal remedies to enforce its rights.