The Delhi High Court will hear pleadings in the prolonging dispute between Amazon and Future Group on February 28, 2022 (Monday). Reliance Industries is reportedly attempting to take over Future Group assets and workforce before the hearing, which is regarded as a hostile takeover. 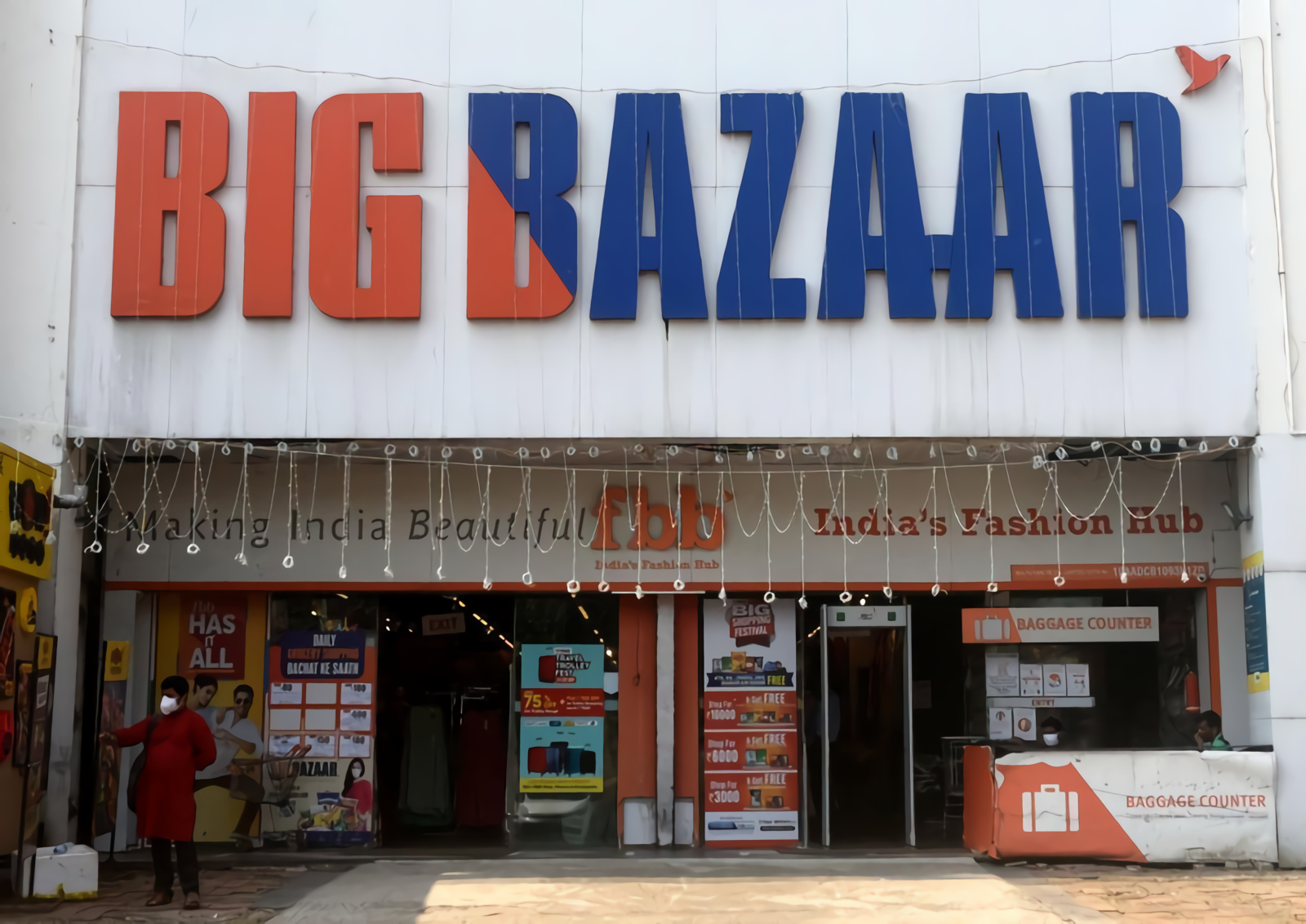 Several employees at Kishore Biyani’s Future Retail (FRL) stores, primarily BigBazaar, have started receiving offer letters from Reliance Industries, according to sources. Previously, since Future Retail was struggling to repay its landlords’ debts, Reliance took over the stores and sublet them to the Biyani-run firm for operations under its brands.

Furthermore, while a cash-strapped FRL could not clear debts to existing suppliers, Reliance Jiomart facilitated the majority of inventory at these stores, according to a TOI report. Now, Reliance will most likely replace Big Bazaar signage & branding in these stores with Reliance’s, implying that these stores will be operated without Big Bazaar branding. The action is being regarded as a hostile takeover effort by Mukesh Ambani’s Reliance Industries in the midst of a three-way conflict between Reliance-Future Group and Amazon.

Reliance Retail, the retail arm of the oil-to-telecom giant, agreed in August 2020 to take over the Future Group’s retail and logistics businesses which include Fashion at Big Bazaar, EasydayKoryo, Foodhall, for $3.4 billion (~Rs 24,713 crore), but the deal could not be executed since Future’s warring partner Amazon filed a lawsuit for the contractual obligation. Future is adamantly against any wrongdoing.

The $3.4 billion Reliance-Future merger has been heavily challenged by Amazon since its announcement in August 2020. The latter argues that Future Group is prohibited from doing business with Reliance because of its indirect stake in Future Retail (through its 49 percent stake in sister company Future Coupons, which has been suspended by CCI). The proposed acquisition is the result of the Kishore Biyani-led company’s debt of over Rs 10,000 crore, which includes short-term and long-term loans totaling around Rs 6,000 crore, foreign currency bonds comprising around Rs 3,500 crore, and non-convertible debentures totaling Rs 200 crore.

Future Retail has currently failed the 31 December deadline for repaying Rs 3,494.56 crore to its lenders. The retailer attributed the delay to a dispute with the e-commerce giant Amazon. However, it had managed to return the loan within the next 30 days, i.e. by January 2022 – a deadline it also failed to meet. Thus, Future Retail proposed to sell its small-format stores in order to pay the first installment of the loan, but Amazon opposed as well. The latter offered to assist FRL with a loan of Rs 7,000 crore through its partner Samara Capital, which was turned down by FRL’s independent directors.