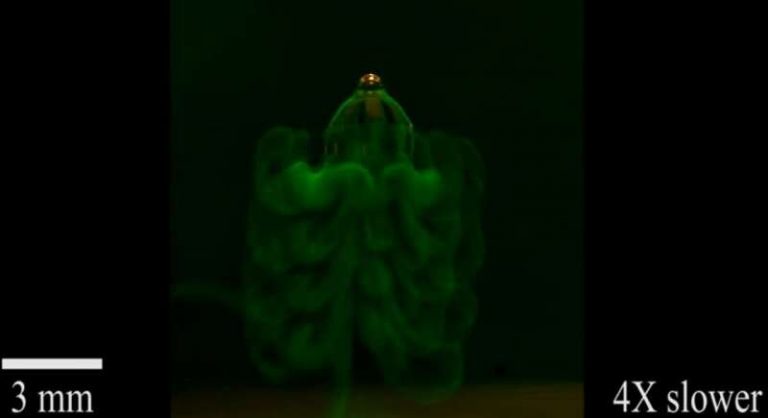 It is always fascinating to see that the field of science is always bringing something new to the table. Science and technology has always inspired many people to employ their intelligence for the betterment of society and humanity. Similarly robotics is one such sector which caters to many human needs.

With the help of robots it is now possible to venture into those places which humans are not capable of physically withstanding. More and more robots are now getting user friendly and with the help of technology such as artificial intelligence or machine learning, one can expect a great amount of potential from this sector.

It is a known fact that researchers often try and incorporate physical features of the creatures found in a particular segment of nature in order to improve the ease of movement for the robots. Similarly, a team of researchers at the Max Planck Institute for Intelligent Systems have now developed a soft robot which mimics behaviour of a jellyfish.

Details about this robot and its features and capabilities are described in the paper published in the journal Nature Communications. Robots that are tiny in size and are capable of swimming and moving around the ocean are capable of carrying out many tasks. Such robots can be used to deliver medicines and to also keep an eye on vital organs.

This jellyfish robot consists of a body made out of non magnetic polymers. In order to make it imitate the jellyfish better, this robot also has two arms. These arms contain magnetic particles embedded in them. The researchers have also inserted a tiny bubble of air inside the upper part of this robot to keep its body afloat.

This robot is very small in size and has a diameter of just three millimeters. There are many reasons why the researchers chose to design a robot similar to a jellyfish. The jellyfish are quite graceful when swimming and as they pull the water up underneath their body they can also catch the food. This quality made it seem interesting to the researchers.

In the past few decades the field of robotics has seen tremendous growth with latest innovations and better updates. With that being said one must also understand that science has come a long way and also has a long way to go. One of the major objectives which the researchers currently working in the robotics fields is to build tiny robots which are capable of swimming through living organisms.

The ocean is wide and a majority of its past still remains undiscovered. One of the major reasons for this is the extremely difficult conditions which have formed due to a large amount of underwater pressure. It is almost impossible for a human to explore such places. This is when robots come into play. It will definitely be exciting to see what this field has to offer next.