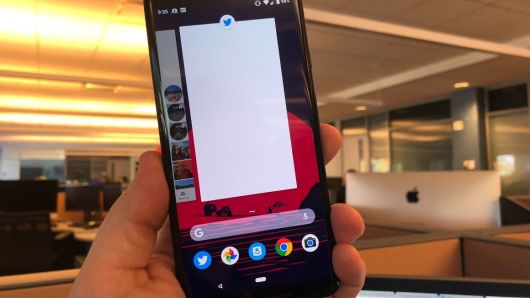 As horrifying yet interesting as it might sound, a recent study by a team of Northeastern University researchers have claimed that they found a way to track people with cellphones with GPS capabilities turned off.

You can legitimately think that turning off your smartphone’s location will prevent this, but researchers from Northeastern University in Boston found that isn’t always the case.

The researchers did the tracking using sensors in smartphones that were not designed to track location.

“People don’t really realize that their mobile phone, with access to all these sensors, is, in some sense, potentially like the best spying device you can imagine,” one researcher told CNBC.

“Not a lot of people are aware of this problem. Mainly because when we think about location, we associate it with the GPS on the phone,” said Sashank Narain a postdoctoral researcher at Northeastern.

“The goal of our project is to make people aware that vulnerabilities such as these exist, and they should be taken care of,” Narain added.

Sashank Narain, a postdoctoral researcher at Northeastern is leading a team and carrying out tests to check whether they are able to track people.

In a similar test, Narain and his team were able to track people driving through Boston, Waltham, Massachusetts, and London.

Guevara Noubir, a professor at Northeastern University said “there’s a whole area, what’s called the side channel attacks, where you use side information to infer something that can have an impact on security.”