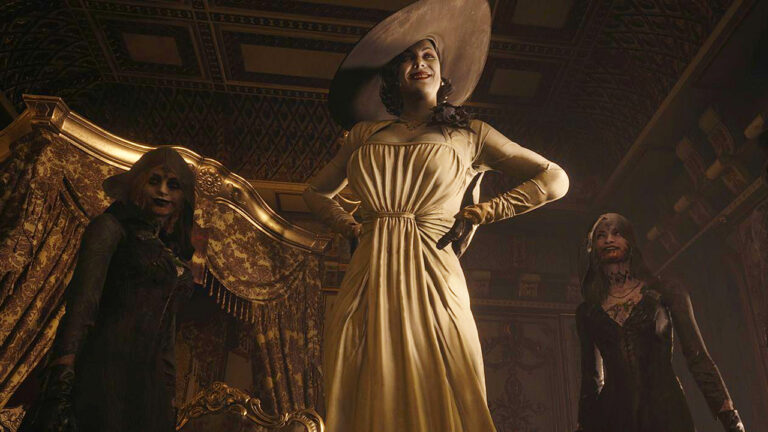 Resident Evil Village is getting a free DLC

It seems that the full details of Capcom’s plans for Resident Evil Village after the launch are unclear, but at least some of the new content will be free. In Capcom’s most recent financial report for 2021, the executive secretary of the Capcom Development Division Yoichi Egawa seemed to mention that free DLC for Resident Evil Village is in the works. In a recent Capcom Integrated Report, which provided an overview of Capcom’s financial and future plans, it was suggested that not all DLCs would be distributed to players for free. This kind of dubious news is back today with Capcom’s 2021 annual report, and as part of that plan, Village will include free DLC.

In the development strategy section of its latest annual report, Capcom mentions its intention to release free extra DLC for the likes of Resident Evil Village and Monster Hunter Rising. Although Capcom has not yet determined if more free DLC will be available on a story or cosmetic basis, it is likely that fans will receive something similar in future updates to previously released Trauma Pack DLC from Resident Evil Villages, the Launch Pack and Collectors Deluxe as part of their free DLC. While the company has not clarified exactly what the DLC for Resident Evil: Village will be unveiled after selling more than five million copies, it should be noted that it sits next to the kind of paid DLC Capcom has been working on for years.

It seems that Capcom is ready to long-term support Resident Evil Village since the company has announced that the game will get free DLC in the future. When CEO Yoichi Egawa talked about future projects in the Capcoms pipeline, he mentioned that Resident Evil Village which sold more than five million copies will get the free DLC sometime in the near future. In June, Capcom reported that it had begun work on a DLC for the game, but has not yet announced what it will be or when it will be released.

When it was confirmed in July that this DLC was in development, many assumed that it would be paid for. Assuming we get the paid story DLC, it looks like we’re being treated with free DLC. In light of this, it is expected that the paid DLC will expand the story of RE: VILLAGE.

It is not clear when additional DLC content will be available in any form but at an E3 panel earlier this year the company confirmed that it was working on additional DLC due to the high demand but did not have much to say. The content announced as a free DLC has not been released, and players have begun to make wild guesses.

The release of DLC appears to be Capcom’s biggest plan yet, with reports on the company’s decision to spend 80% of its total development budget on the Resident Evil and Monster Hunter series. The release date will offer fans something to sit back and Capcom will offer more details.

Resident Evil 7 has quite a bit of DLC, but none of it is focused on the story, with things like weapons, charm, and extra funds for the Dukes Shop Collectors Edition and Trauma Pack, which includes a range of Resident Evil 7-themed cosmetics and changes to paid items. The majority of the game DLC includes the expansion of the End of Zoe story, two forbidden film collections that contain additional gameplay modes, and various small gameplay enhancements that can be paid for with prices ranging from 50 cents to 15 dollars. The latest figures from Capcoms did not make it into the business figures from Capcoms released this week, but they confirm that, at least for now, not all future Resident Evil Village DLC will be free.

Compared to Monster Hunter Rising which has seen a steady rollout of additional content since the launch of the Nintendo Switch in March, these are mostly additional costumes, including cap comes like Okami, Mega Man 11, and Street Fighter 5. Remake 3 also skipped the DLC to keep the focus on free updates to its pack-in title Resistance. The village has maintained this momentum, selling over 5 million copies, making the DLC a no-brainer for Capcom, and free DLC is a good plan to retain players over the long term.