Want To Be A Hero? Revolutionize Your Industry 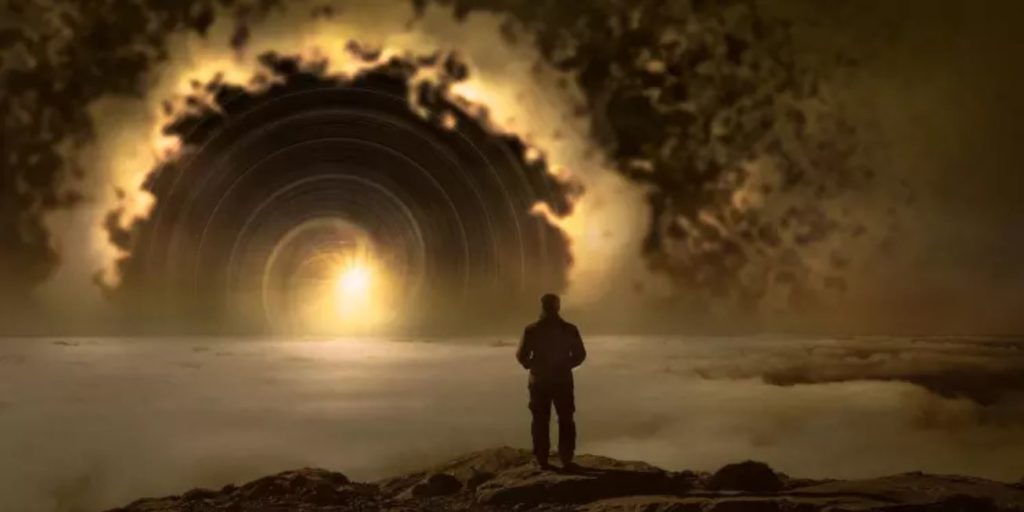 Who doesn’t dream of revolutionizing an industry, making life easier for people, and getting rich in the process? With the amount of cookie-cutter businesses being launched today, the world is ready for a revolution in every industry.

Between blockchain, AI, and the food industry, innovation is disrupting industries in sectors long overdue. Yours could be next!

Why you should consider being a revolutionary?

When your business is just another corporation trying to pull in a portion of the market, competition can be fierce. When you’re a revolutionary, you’re up to something big; you don’t have competition because nobody else wants to do what you’re doing.

The truth is, if you want to revolutionize any industry, you’ve got to have three things: a really great idea, a vision for the future, and the passion to drive it forward no matter what.

Revolutionaries are fueled by a burning desire to serve.

People enter their chosen market for different reasons. Some see easy money to be made, while others are on a mission to fulfill a personal dream. A handful of people enter a market to solve a big problem for a large group of people. This pursuit of a selfless desire is where the biggest revolutions are born.

Reaping the rewards of an industry can be financially rewarding, but revolutionizing an industry will make you a hero. Here’s how it’s done:

1. Think creatively – you can revolutionize anything

Starbucks didn’t revolutionize coffee; they built a brand that people love. By creating a luxury brand that anyone can afford, Starbucks revolutionized the way people relate to their morning cup of joe.

They’ve also revolutionized the art of saving on labor costs by redefining the traditional supervisory role. When you look at what their supervisors are responsible for, the role is indistinguishable from the traditional management role. The only difference is shift supervisors are hourly employees, and make a little more than baristas (sometimes).

Starbucks officially describes the role, “Shift supervisors are the operational experts that keep each store running like clockwork. By managing a shift, running a team and making store operations decisions, they develop leadership skills for the future. They role model and coach the delivery of high-quality service while creating meaningful connections with customers and partners alike.”

Although the manager works scheduled shifts, the store is run by shift leads the majority of the time.

Where does your business feel the most pressure? Can you redistribute roles and responsibilities to relieve that pressure? It doesn’t seem like a big move, but when Starbucks did it, it worked for them and their employees. People want to be shift supervisors.

2. Transform solutions in your industry

For decades, people have been hanging pictures on the wall with a hammer and a nail. When pictures became too heavy for a small nail, someone invented bigger nails. When those nails were ripped out of the wall, someone invented a screw that anchors into the wall. Then came the hardware – brackets that need to be mounted to studs.

People were creating solutions, but they were stuck trying to create a heavier-duty nail that just ended up leaving bigger holes in people’s walls. A clever entrepreneur came along and created Hercules Hooks – a thin hook that holds up to 150 pounds and doesn’t require a stud.

What solutions have others in your industry already created? How are those solutions limited? What can you transform?

Revolutionary solutions are created by doing the impossible. Here’s another example from the IT world:

The IT world has been a tangled mess for years. Some of the most powerful products are difficult for clients to deploy and maintain. Other products automate maintenance, but expand the scope IT teams have to manage.

Traditionally, if a company has 100 locations that need to be networked together, each location would need to install special networking hardware and software including a firewall. The implementation of this infrastructure is expensive and time consuming.

Cato Networks saw this “Gordion Knot” and launched an IT revolution. They’ve engineered an SD-WAN solution that bypasses the inconvenience and cost of MPLS services. Instead of 100 points of connection needing to be managed individually and manually at their physical locations, Cato makes it possible to manage networking and security from a single software interface. This has been tested and proven.

While other businesses have created similar networking solutions, Cato Cloud is equipped with full security capabilities and supports cloud and mobile infrastructure – something thought to be impossible.

Likewise, Spiro felt that the CRMs being used by sales teams were broken and that there had to be a better way to do things. That led the company to develop an AI-driven CRM that syncs with a salesperson’s calendar, email, and other tools to anticipate next moves and recommend who the salesperson should follow up with. It eliminates a lot of the organizational and decision-making steps that slow sales teams down, and it automates data entry, further saving them time and enabling salespeople and their managers to enjoy reports with eight times more data than other systems.

Users have said the platform “does the work for you,” which nudges them to use it, unlike previous CRMs they’ve had. Spiro simply had to step back and figure out what was slowing salespeople down — data entry and follow-up organization — and put AI on it instead.

Prior to any revolution, the solution seems unheard of. It takes an innovative mind to identify the solution and bring it into being. Today’s impossibility is tomorrow’s fact.

3. What part of your industry do you want to revolutionize?

There are two massively successful companies that revolutionized the fast food industry in vastly different ways: McDonald’s and In-N-Out Burger.

Since their revolutions were unique, so is the measure of their success.

The first McDonald’s opened in San Bernardino on May 15, 1940, as a tiny drive-in restaurant. Created by brothers Maurice (age 37) and Richard McDonald (age 31), their vision was to become millionaires by the time they were 50.

Kroc took the business further into success by creating a system for franchising locations while maintaining consistency across all locations. For many years, McDonald’s was considered to be in the business of selling franchises, not hamburgers. This was a great revolution in business, but the company has since gone a step further.

Today, the McDonalds corporation owns the land where every restaurant is built, and generates its massive revenue from rent. This provides the company with income no matter the state of the economy. The franchisees, on the other hand, are left to take the hit during slow times.

The McDonald brothers started out with efficiency in mind.

Before the brothers sold their restaurant to Ray Kroc, they were focused on efficiency. “Our whole concept was based on speed, lower prices and volume,” Richard McDonald said. The pair had created a system they called the “Speedee Service System” inspired by Henry Ford’s assembly line.

Each of 12 crew members had a specific task, and much of the food was prepared ahead of time in an assembly line. The McDonald brothers reduced their menu significantly to allow for this speed of service. Richard told the Chicago Tribune in 1985, “You make a point of offering a choice and you’re dead. The speed’s gone.”

Richard’s statement is absolutely true, and that’s a huge part of what drives In-N-Out’s success.

When you visit an In-N-Out drive thru, you’ll notice few options. You can have a hamburger, a cheeseburger, or a double cheeseburger. Fries are the only side, and in addition to soft drinks, lemonade, and iced tea, you can select a chocolate, vanilla, or strawberry milkshake. That’s about it.

McDonald’s didn’t make a better hamburger, but In-N-Out Burger definitely did. Even if you don’t prefer In-N-Out Burger, the difference in quality is obvious.

The creators, Harry and Esther Snyder, declared that no location could be more than a day’s drive away from a product distribution center in order to maintain the food’s freshness. Since the day they opened their first location in 1948, they’ve kept the business family-owned and have not gone public with an IPO.

While McDonald’s started out as a drive-in, the Snyders were the first to use a two-way intercom system for placing orders, creating the drive-thru as we know it today.

In-N-Out gives people a choice for a convenient bite to eat so they don’t have to sacrifice quality for convenience, and they’re just as fast as McDonald’s.

What can you revolutionize?

Locate the Yelp listings for as many businesses in your industry as you can find. Read through the reviews to find out what drives people crazy, what they’re willing to tolerate, and what they absolutely love. Start making a list of complaints and compliments.

Setting aside your existing ideas of what’s possible, come up with a solution for every problem on your list. Don’t limit these solutions to what you think you can do. Be imaginative. If you’re in the picture hanging business, write down “hanging a heavy picture without putting a hole in the wall.”

Think in terms of what you want, not what you think you can do. This is the key to creating revolutionary solutions.

Remember, there was a time when people thought it was silly to think that man could fly, and now the sky is filled with aircraft. So will the world be filled with your solution, if you take the time to dream it first.

Also Read: Do You Have to Change the World? A Question for Startup Founders

This post was originally written by Peter Daisyme on Startup Grind, the global  entrepreneurship community.