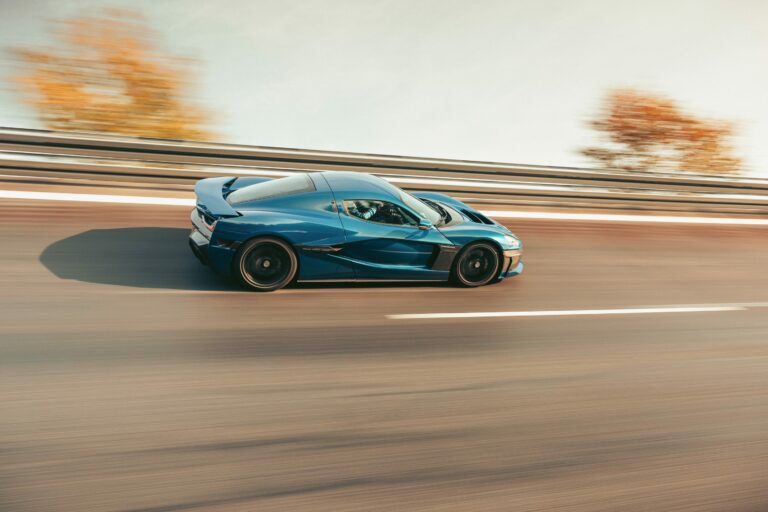 Rimac announced its new top speed record of 412 km/h(258 mph) with Nevera, its all-electric hyper. “The Rimac Nevera has set a top speed of 412kph (258mph), making it the fastest electric production car in the world. The record-breaking feat follows on from the Nevera’s independently verified 8.582-second quarter-mile run in 2021, which made it the world’s fastest accelerating production car.”

While the record breaks could be criticized for a “production electric car” considering Rimac is producing the Nevara in extremely limited volume, it is technically a production car – and what might be most impressive is that it was equipped with road-legal Michelin Cup 2R tires. However, it’s important to note that this top speed is only achievable with support from Rimac’s team, and as standard, the Nevara delivered to customers is limited to 219 mph (352 km/h).

The automaker stated, “The Nevera is delivered to customers with a limited top speed of 219mph (352kph) but can achieve the 412kph (258mph) top speed in special customer events with the support from the Rimac team and under controlled conditions. As tires are under a huge amount of stress during such runs, most of the precautions are directed toward making sure that the tires are properly set up for such high speeds. Production of the Nevera is currently underway at Rimac’s HQ on the outskirts of Zagreb, Croatia, and the first cars are already with customers around the world.”

That’s still a record top speed for electric vehicles, and the new 412 km/h (258 mph) special top speed is getting close to Bugatti’s 305 mph record. Considering Rimac and Bugatti now operate under the same organization, they could potentially learn from each other in order to push top speeds to new records. Behind the wheel was Miro Zrnčević, Rimac’s Chief Test and Development Driver. It was his challenge to get the perfect entry onto the straight from the track’s curved sections to give the car the best possible chance of reaching V-MAX. As the car leveled out of the banking, traveling around 250kph (155mph), Miro unleashed the full power of the advanced four-motor Rimac-developed powertrain and battery pack, catapulting Nevera well into the 400kph range.