Rivian’s Amazon Delivery trucks were seen in Woodhaven, Michigan revealing how huge the trucks were. Besides Rivian R1T the truck looks much taller and huge than a regular delivery truck. It shows that Rivian’s niche actually lies in making trucks. 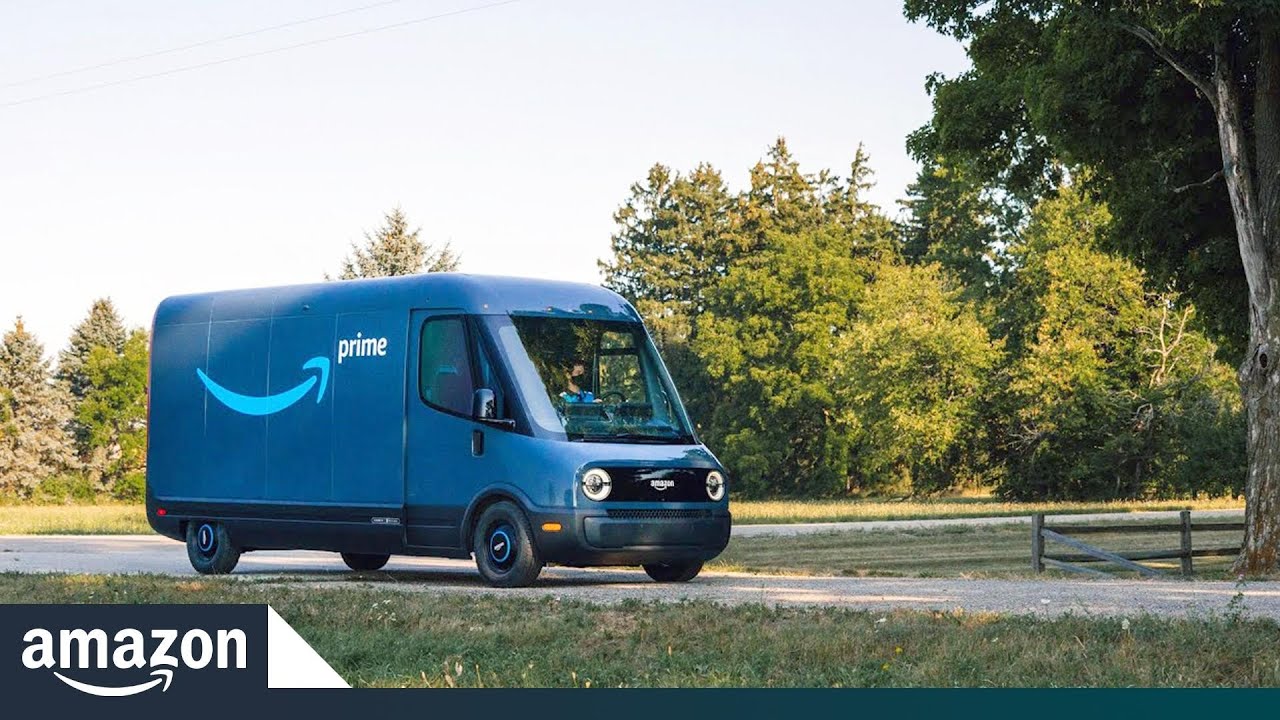 The observation comes along as a user post on Twitter who was shooting the video from a Tesla Model S. The Rivian delivery van in EVgo charging station was poted by an EV advocate when they came across the vehicle in Michigan. While these vehicles started going to the market only recently @MissGoElectric pointed out an interesting observation about how huge the vans are.

Look what I just spotted! A @Rivian @amazon Van charging at a (rather rusty 😅) @evgonetwork station in Woodhaven, Michigan 👀

So cool to see one in person!! It's so big 😳 pic.twitter.com/Yov3CFQ2uh

The video was taken from a lower ground making it seem like the truck is much bigger. However comparing with regular delivery vans observed on a daily basis, the truck actually looks huge. Compared to Rivian R1T itself, the truck is next level. As the electric pickup R1T was launched into the market, the capacity of the vehicle was specifically noted. Despite noting the electric pickup as a regular electric pickup, the performance was equal to a heavy-duty truck in many instances. So when the company actually made a truck, they did not tone it down in any aspect. Showing that Rivian’s niche lies in making electric trucks.

Specifications on the delivery vans

The specs of the Rivian Amazon delivery van actually hint at the vehicle’s generous size. From the VIN filings to the NHTSA filed by the company, two variants might be revealed by the company.

There are talks in the market that the company would also release a 900 cubic foot variant sometime in the future as well. Regardless of their production model, on the recent findings of the company they are struggling with production pace. For now the company seems to be focused on production capabilities. Also as Amazon ordered many delivery vans from the startup, Rivian has to work on finishing completing the order. Amazon ordered 100,000 units and Rivian is also working on R1T, R1S production as well. Amazon’s investment in Rivian is well known. So much that the making of vehicles for Rivian includes a section “Amazon” meaning the vehicles are specifically being made for the company. Those details were revealed in October as the specifications were revealed about Rivian vehicles. Below are the details as posted on the Rivian Forum platform. 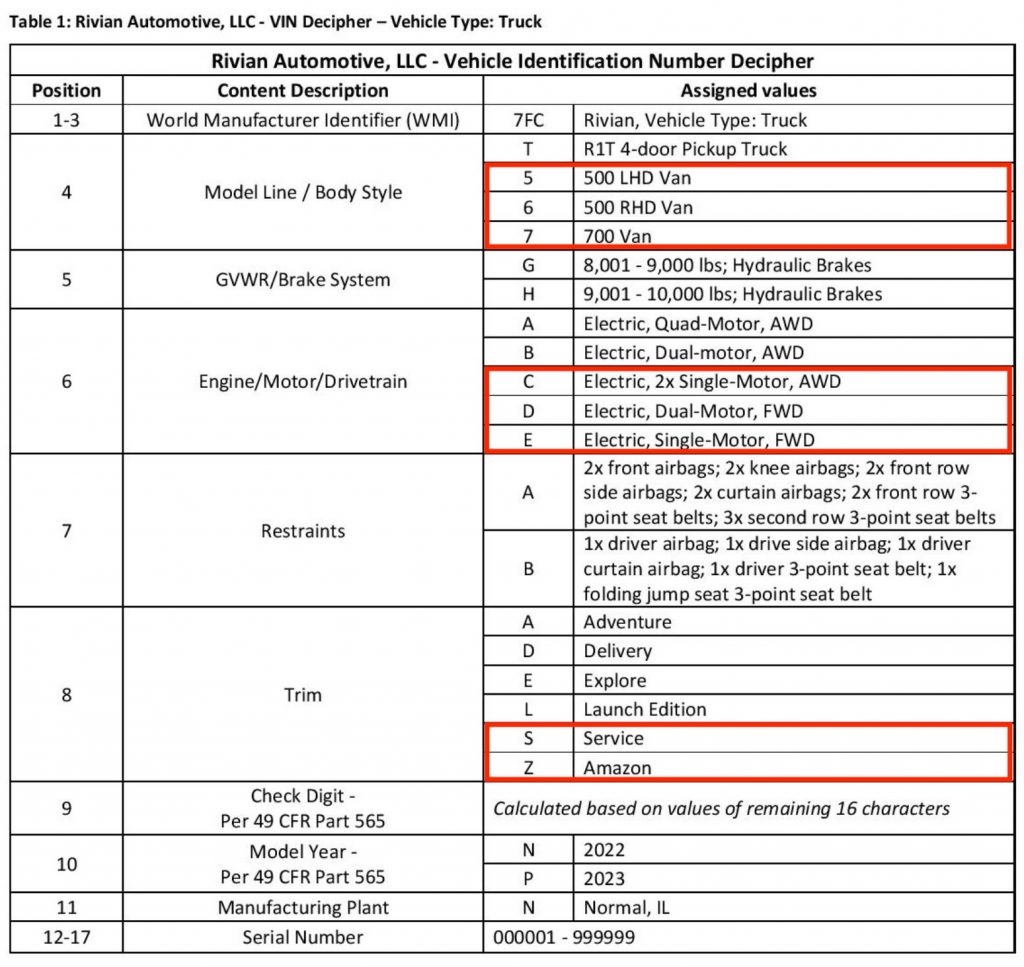