Rivian production rate stalls with one electric vehicle per day

Rivian was the first company to launch electric pickups in the market competing with Ford’s F-150 Lightning and Tesla Cybertruck. They started their deliveries in September, however, there are many customers who pre-ordered and are still waiting for their order. It is stated that it is because the production rate of the company went so low as to make one vehicle per day in the facility located at Normal, Illinois. 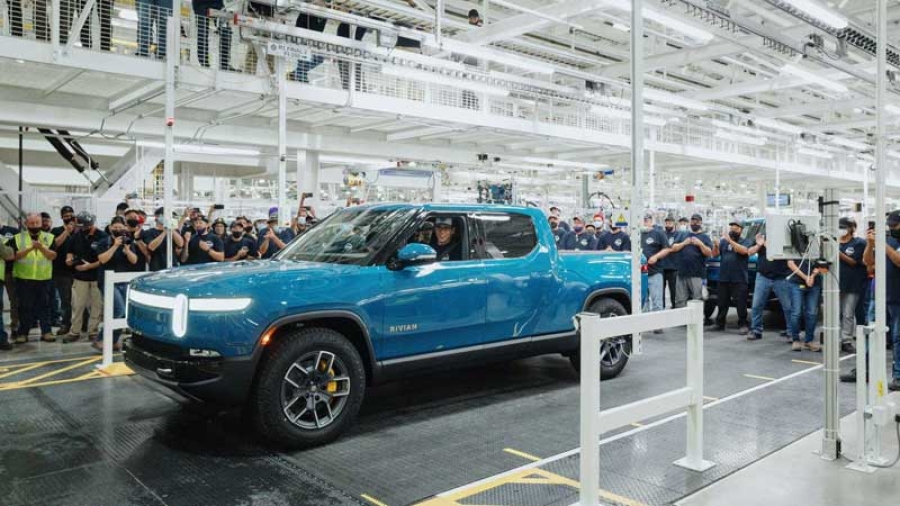 Rivian revealed their production rate as they filed Amendment No.1 in addition to their original S-1 filing on October 11, 2021. As per the filing, Rivian has manufactured 12 R1T vehicles from 14-30 September. It is just about 0.75 vehicles per day. The rate is known to be slightly improved but is still low considering how other automakers effectively make many cars in a day.

Prototypes are trivial compared to scaling production & supply chain. If those are solved, achieving positive gross margin is the next nightmare.

Elon Musk replied under a tweet mentioning the production rate of Rivian. He stated that prototypes are trivial to make compared to actual production. This is not the first time Elon Musk replied in reference to Rivian’s ambitious production goals. It is known that Rivian started its plans to expand globally and other locations with more manufacturing plants before they even started first deliveries. Despite the R1T electric pickup gaining more attention due to its impressive features, the company seems to need a lot of work on its production goals.

The company was able to deliver a few R1T models but failed to begin its other electric vehicle R1S. There are no deliveries of that model and the SUVs are expected to be delivered by December this year.

While automakers are struggling with chip shortage and other supply chain issues, Rivian is a startup that has just started. The company is known to have over 48,000 pre-orders but currently is able to deliver only around 24-30 vehicles every month. If the company doesn’t increase its production rate, substantial losses are expected for the company.

Tesla in its initial stages also suffered similarly, where there were many issues. The company is known for late deliveries and currently is in a stable situation after many years of work. Tesla’s Elon Musk has been open about the production difficulties from back then when it was also known that he tried to sell his company at a tough stage. Though the company managed to pull things off eventually. There are other companies that started out to build electric vehicles but are struggling to keep up with the investment flow and production.