Rivian and Under Canvas partnership to setup EV charging stations

Rivian partners with Under Canvas,  a company known for providing upscale outdoor accommodations, to bring in Rivian’s Waypoint electric vehicle charging stations. They will be launched in 2022to the Under Canvas camp locations. These are located at the Under Canvas’s Moab and Lake Powell-Grand Staircase locations. 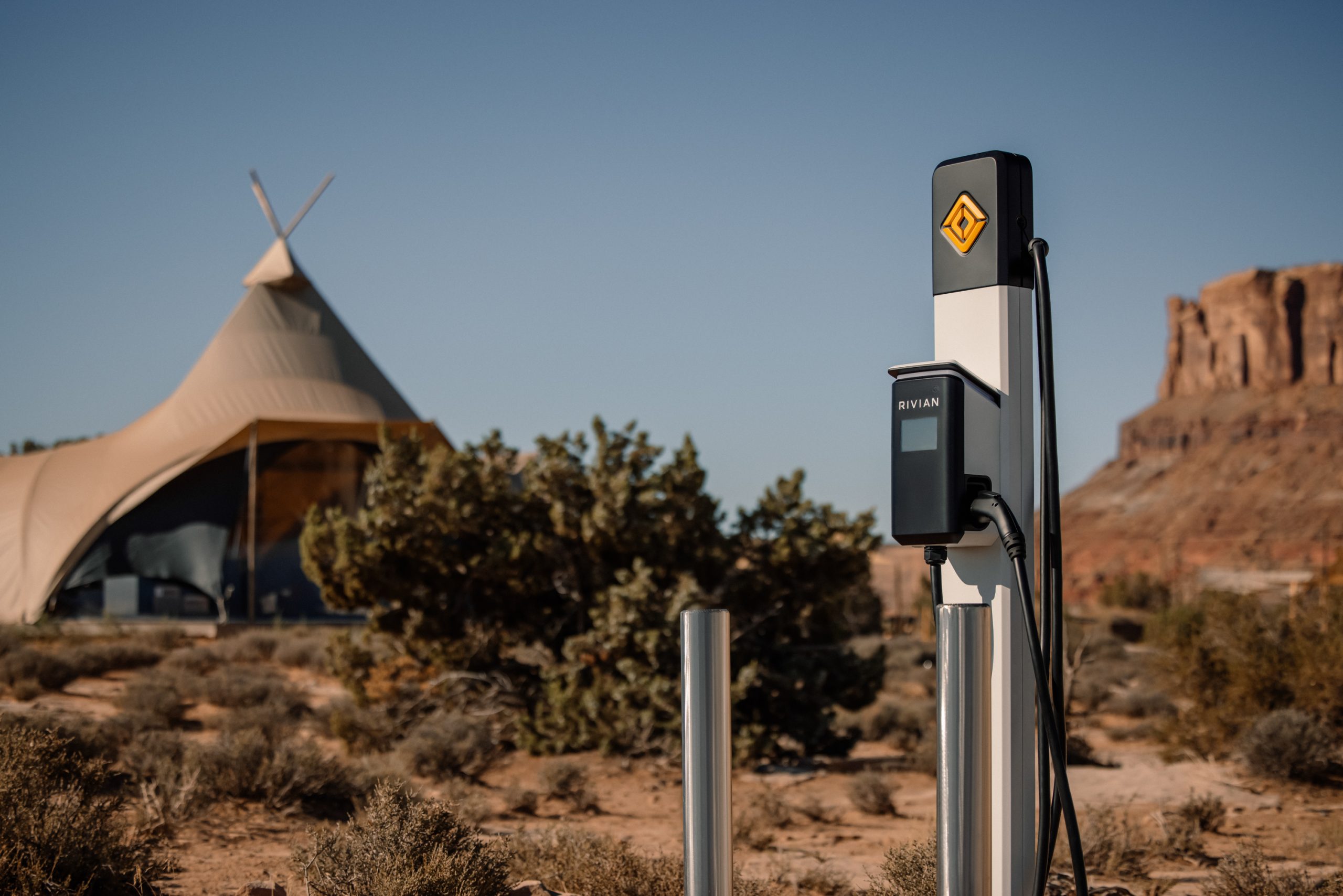 Both companies are working on similar goals, that is providing more access to outdoor adventure for people. While encouraging people for outdoor activities, it also pushes for carbon footprint goals in the most notable U.S. national parks and monuments. These will be level 2 chargers that can be used by guests during the months of operations. All-electric vehicles will be able to avail services, i.e. to charge their vehicles. As these chargers are level 2, overnight charging would ensure the vehicles are fully charged for the next day’s adventure.

Under Canvas said, “In celebration of the launch, from Opening Days on March 3 and 10 respectively, through Earth Day, April 22, guests of Under Canvas Moab and Lake Powell-Grand Staircase with EV’s may access complimentary charging, courtesy of Under Canvas this year,”

Furthermore Chief of Marketing Officer for Under Canvas, May Lilley said, “The fast-growing adoption of greener vehicles in an effort to reduce carbon emissions made our decision to partner with Rivian to provide charging stations at our camps an obvious choice for both our guests and the environment,”

Lilley said that they are thrilled about the developments and about their partnership with Rivian. Their partnership will be part of an effort to reduce carbon emissions. They planned that from Earth Day, from April 22, their guests will be able to avail the services. Eventually, more Rivian charging stations are expected to be made available at Under Canvas locations in the future. Both companies have aggressive goals to expand and have more charging points.

Rivian has been manufacturing electric pickups and SUVs since 2021 and has been the first to launch electric pickup into the market. Despite many challenges, they continue to focus on keeping up with the production rate. A new manufacturing facility is planned by Rivian as part of its expansion program. Rivian’s Senior Director of Energy and Charging Solutions, Trent Warnke, said, “Partnering with Under Canvas felt very natural as we both aim to inspire adventure and challenge ourselves to do this in environmentally thoughtful ways. We look forward to integrating Under Canvas’ extraordinary campsites with our Waypoints charging network – a network that’s planned to have over 10,000 open-network chargers.” Besides their partnership with Under Canvas, they also partnered with Adopt A Charger recently.

Meanwhile, Under Canvas is working on expanding its upscale lodging and accommodation options, which will include Yellowstone and Glacier in Montana; Moab, Zion, Bryce Canyon and Lake Powell-Grand Staircase in Utah; Mount Rushmore in South Dakota; the Great Smoky Mountains in Tennessee; Grand Canyon in Arizona and Acadia in Maine.