Rivan R1T pickup trucks were spotted at its Illinois plant recently. Around ten of them were spotted and some were charging while others were being parked. It is known that some vehicles had yellow nameplates, but others seemed to be made for customers. Things are unclear of whether the company is going to finally start delivering to its customers. 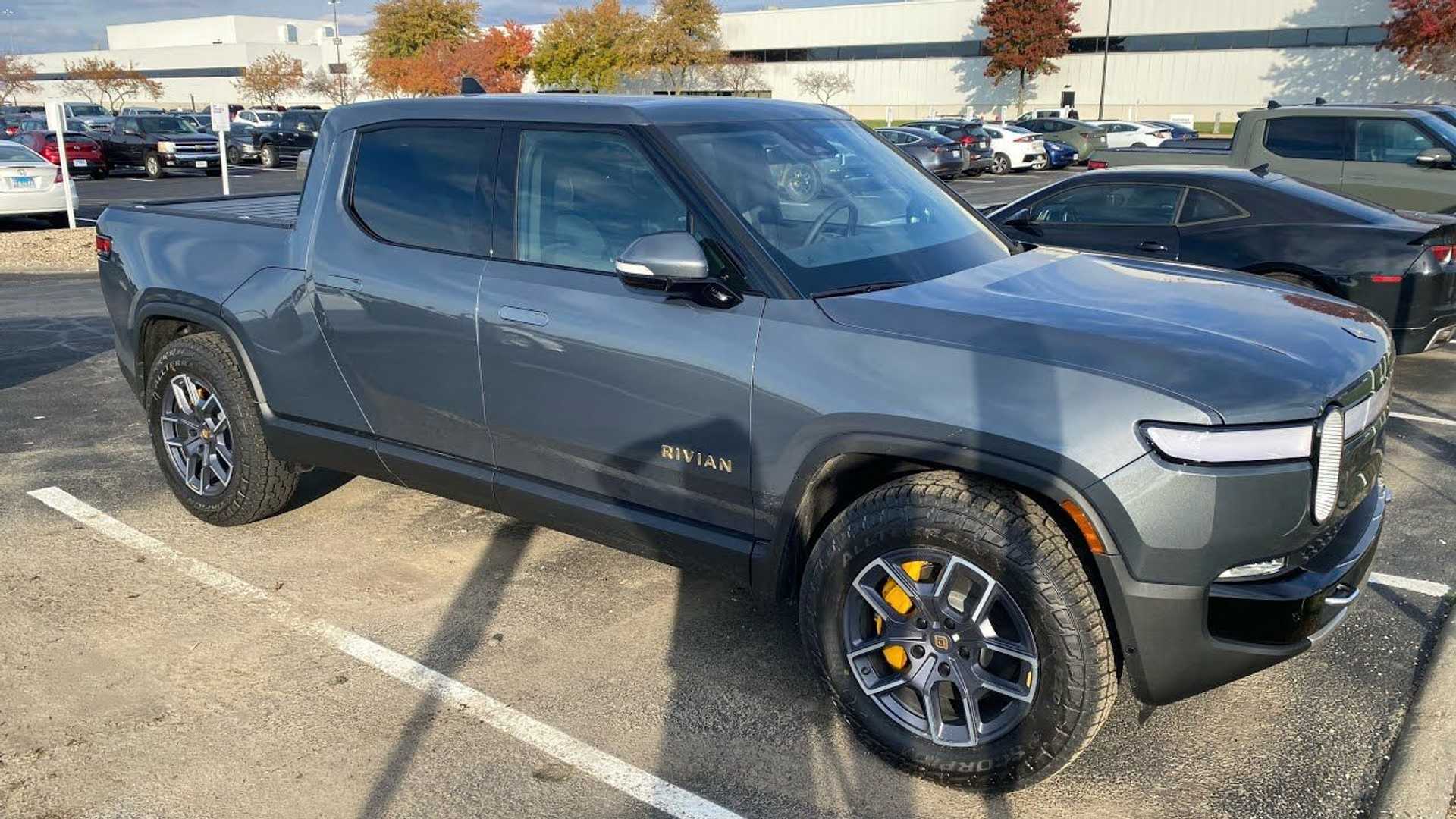 Recently last month, it was known that Rivian is having troubles with manufacturing. With being able to make less than one vehicle each day. Started out to deliver only to its employees, the pre-ordered customers are waiting for their electric pickups. Finally, now there are some positive signs, as Devodare_Chicago shares a video showing Rivian vehicles parked in front of the vehicle. As stated in the video as

“Customer Owned Rivian R1T Trucks In Rivian Parking Lot At Chargers Or In Charging Queue. Just sitting in front of the Normal, Illinois headquarters and factory. Rivian trucks are on roads in Central Illinois. They are beautiful.”

According to the person who took the video, it seems like Rivian is not going to reveal any details about deliveries till IPO. It is understandable as the company has been aiming high, to set up a manufacturing plant in Europe and so on. Meanwhile, many EV enthusiasts have been waiting to get in-depth analysis and reviews from the vehicle owners.

The next electric pickup to be released in the market is expected to be Ford F-150 Lightning. Customers are already engaged with Rivian in many aspects, especially after knowing that R1T is a mid-sized electric pickup. At that price, a pickup with such capabilities is considered impressive. However, there is no clear view on what is going to happen once other companies start launching their pickups and Rivian hasn’t.

By the end of 2021, Rivian plans to deliver 1000 R1T vehicles. Also, the company is working on delivering the R1S SUV delivery. Regardless, R1T is trying to keep up its customers’ interest, as some people have reportedly been sharing their experience.

Got the chance to see some Rivian R1T’s in Sonoma. @Rivian set up a pretty awesome event with a huge diversity of employees from all over the states. Loved every minute of it and cannot wait to see more of these electric trucks rolling about. Thanks for the opportunity! #R1T pic.twitter.com/q0Jg43X3J7

Not only was it a ride, but they seemed to have tried out the camping angle of the vehicle too. This review is just one among many that are being shared by people online. Also, a Yellow Rivian is known to be spotted in Canada, as reported by DriveTeslaCanada. The vehicle seems to be spotted in various locations, however, people haven’t started getting their deliveries. If the company is looking for some big announcement through or after its IPO, it looks like it will either go very high or be the lowest in the market evaluation.