Rivian targeting valuation of more than $53 billion in its IPO

As Rivian’s IPO is coming closer the company continues to have ambitious evaluations. Targeting to be valued at $53 billion, the startup is also working on raising $8.4 billion in funds. It will be the third-largest IPO by funds raised in the US. 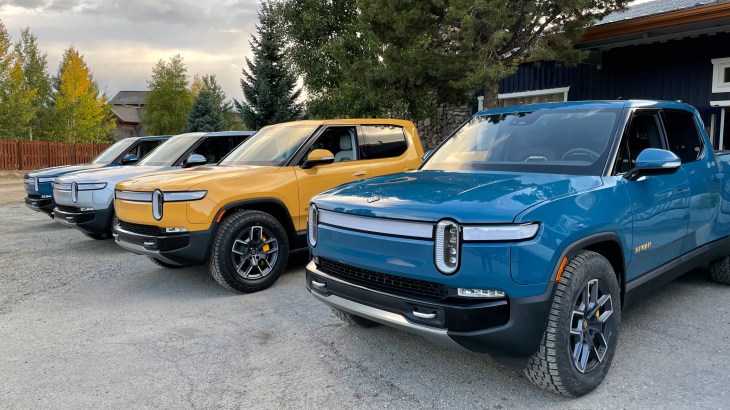 According to the data from Dealogic, since 2018 only three companies managed to raise more than $8 billion. In 2014, Alibaba set a record by raising $25 billion, and in 2012 Meta platforms were able to raise $16 billion. As recently as 2019, Uber raised $8.1 billion. Rivian will be joining the record-breaking funds after a successful IPO listing.

Since last year there have been many listings in the electric vehicle segment, especially through SPAC investors. The hunt for the next Tesla is strong and investors are in line to provide funds for a potential startup. Rivian is yet to sell a significant number of vehicles, however for those who ever used R1T the vehicle has impressed the user. Despite knowing that the company is possibly manufacturing only 1 vehicle per day, the company’s potential isn’t going down. The supply chain issues and chip shortage issues have been going on with every automaker in the industry. Eventually, the companies are expected to pick up the manufacturing and sales.

Unless some pre-ordered users withdrew their registration, it is safe to consider that the demand is high which the vehicles are not manufactured. It is similar to Tesla’s increasing demand with stringing supply.

It is stated that Rivian’s listing as planned could be made the valuation higher than Ferrari and a little less than Honda, Ford, or General Motor. Founded in 2009, the company name was changed in 2011 to Rivian. Known as “Indian River” in Florida the place is known to be often frequented by the CEO RJ Scaringe.

In recent times, the company has been working on an expansion, from various locations in the US and also expanding globally. It is known that they have been looking for a location in Europe to set up a manufacturing plant. However, official details have not been revealed yet. In the first half of the year, Rivian experienced $1 billion losses. As of September, the R1T pre-orders were known to be 48,390 units.