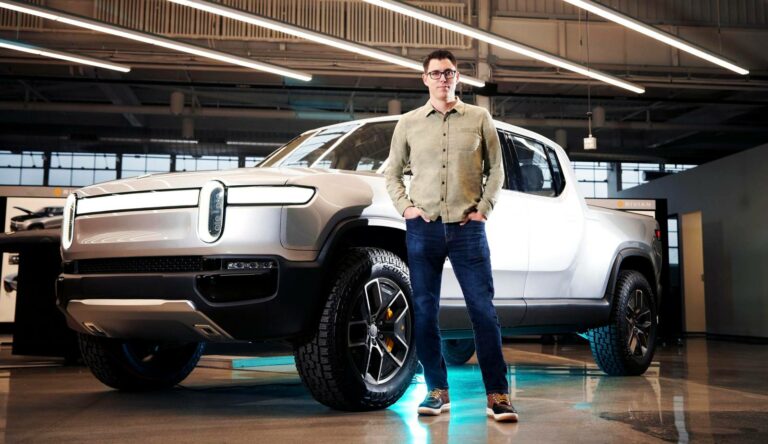 Rivian CEO RJ Scaringe stated at the 2022 Wolfe Research Virtual Global Auto Tech and Mobility that Rivian Automotive is focused on capturing a 10% EV market share by 2030. Rivian is still dealing with the ongoing chip shortage, yet believes the company is making strides towards increasing production capacity. In the Conference, RJ Scaringe participated in the virtual fireside chat with auto analyst Rod Lache.

While addressing inquiries from Wolfe Research, Scaringe mentioned that Rivian actually paused production at the Normal plant for the first ten days of January to optimize the facility’s assembly lines. “We’re absolutely making progress. The plant is starting to ramp nicely,” Scaringe said, later noting that Rivian has the brand position to build out a portfolio that would allow the company to “work toward building a position of 10% market share within the EV space.”

Later comments from the executive indicated that Rivian considers the ongoing chip shortage one of the most painful constraints in the company’s efforts to raise its production capabilities. Rivian’s 2021 numbers hinted at production challenges. Last year, the company produced only 1,015 vehicles from an already conservative target of 1,200 units.

Emails sent to R1 reservation holders also hinted at some of the company’s challenges in ramping vehicle production. In December, Rivian released an email from Scaringe informing customers that the company would prioritize the production of Adventure Package R1 vehicles with the Large Battery pack configuration. This meant that the delivery timeframe for Explore Package R1 vehicles with Max Battery packs was pushed into 2023.

Scaringe wrote, “We realize these timing estimates may be different than what some of you had originally expected. We know any shifts in timing can be challenging as you try to plan vehicle purchases and trips you want to take. To Max pack and Explore preorder holders who have been with us since 2018 and 2019 whose delivery windows may push into 2023 — we value your loyalty and commitment and will be reaching out to you in January to gauge your interest in reconfiguring to an Adventure Package with Large pack battery so that you can take delivery in 2022,”

Furthermore, it is known that Rivian will likely discuss its 2022 plans in more detail at its upcoming Q4 and FY 2021 earnings call, which is scheduled to be held on March 10, 2022, after the market closes. The company will host a webcast to discuss its Q4 and FY 2021 results and provide a business update at 2 p.m. PST on the same day.