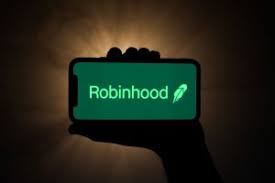 On Oct. 21, Tenev told Jim Cramer at CNBC’s Disruptor 50 event that he was “proud” of Robinhood’s success in crypto, citing the firm’s recent push to create a crypto wallet for its users: “A lot of people have been asking us for the ability to send and receive cryptocurrencies, transfer them to hardware wallets, transfer them onto the platform to consolidate. And you know, the crypto wallets waitlist is well over a million people now, which is very exciting”.

He went on to say, “We see a potential to continue growing that business”.Users have long asked Robinhood to create a crypto wallet because the platform currently does not enable deposits or withdrawals and only allows users to buy crypto with US dollars and trade digital assets.

Tenev stressed the importance of the burgeoning crypto sector during the event, stating that it is “here to stay as an asset class” and that it offers unique benefits such as the ability to connect a worldwide market.

“So, regardless of where you are in the globe, whether it’s in the United States or elsewhere, you can have a wallet and send people cryptocurrency from that wallet to their wallet,” he explained.

In 2018, Robinhood began offering Bitcoin (BTC) and Ether (ETH) trading to users in five U.S. states. Since then, Robinhood has added assets like Dogecoin (DOGE) and Litecoin (LTC) to its cryptocurrency support, and traders in all but four U.S. states can now use its commission-free crypto trading services.

When asked if Robinhood will support Shiba Inu (SHIB), Teven said it was unlikely to happen very soon, citing the company’s strict listing rules.”Right now, we only have seven coins available.” And I believe it all comes down to safety first. As a result, we won’t always be the first to add a new asset. “We want to make sure it passes a rigorous set of tests,” says the company.

Tenev, speaking about the company’s vision, claimed that Robinhood provides a better opportunity for financial inclusion than its competitors, claiming that the company’s commission-free trading system “transformed the market”.

“I believe that, in the case of cryptocurrencies, consumers are still paying 3 percent to 4 percent fees to gain access to the market. You see a lot of chances to serve more clients with even less money, who are even more underserved than the individuals we already serve,” he said.