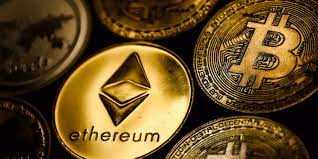 A 25 million-dollar purchase was made by the Houston Firefighters’ Relief and Retirement Fund. There are $5.5 billion in assets under management for the fund, which serves 6,600 firefighters and survivors. Embracing cryptocurrency’s disruptive potential, the fund’s CIO said the purchase demonstrates its belief in the technology.

The firefighters’ pension fund of Houston has become heavily involved with crypto investing.

NYDIG, which is a subsidiary of New York Digital Investment Group, has helped the Houston Firefighters’ Relief and Retirement Fund purchase Bitcoin and Ethereum worth $25 million. This investment, according to the fund, has taken years to complete. The fund manages $5.5 billion in assets.

According to Ajit Singh, the fund’s chief investment officer, cryptocurrencies have the potential to disrupt the financial and banking systems. This is our first step in the world of digital assets, and we’re very excited about it.”

A new Bitcoin-linked exchange-traded fund was approved by regulators this week, causing the cryptocurrency to rally rapidly. Since it began trading on the New York Stock Exchange Tuesday, the ProShares Bitcoin Strategy ETF has already exceeded $1 billion in assets under management, the fastest accomplishment by an ETF.

CoinMarketCap data show Bitcoin, which rose to a record high this week near $67,000, fell 5.7 percent and is now worth $63,103.11 in New York, according to CoinMarketCap data. A slight hike in Ethereum prices was seen at $4,095.28, the second-largest cryptocurrency in the world.