Robinhood will begin offering cryptocurrency gifting on December 22. Cryptocurrencies can be gifted to other users for as little as $1. The move is similar to Cash App’s announcement, which enables users to send fractional shares of stocks and bitcoin to other users. 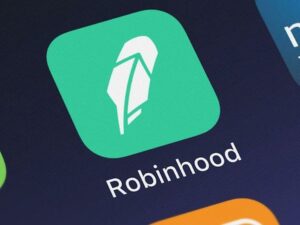 Retail-trading app Robinhood announced a new feature allowing users to gift cryptocurrencies to each other. Bloomberg reported on the feature earlier this week after developer Steve Moser found the gifting code in a beta version of Robinhood’s iPhone app.

“Crypto gifting is a great way for our customers to help remove the emotional and economic barrier of their friends and family taking their first step into crypto,” Robinhood Crypto Chief Operating Officer Christine Brown said in an email to Coindesk. It is also an easy and immediate gift for those that are already crypto fans.”

On December 22, all users – except those in Nevada and Hawaii – will be able to share digital gift cards with one another, in addition to a written message of up to 180 characters. Gifted money can be retracted before the recipient accepts it.

After receiving a gift, users have 14 days to accept it in the app. New customers must download the app and sign up for an account to claim a gift. Gifts can be selected from seven currencies, including bitcoin, ether, and dogecoin, for as little as $1.

The rules and conditions for Robinhood’s Bitcoin gifting are detailed. The firm stated:” To receive the gift within 14 days, make sure your recipient has a Robinhood Crypto account. You won’t be charged if your presents aren’t accepted, and you’ll still get bragging rights for giving out bitcoin for the holidays”.

The move is similar to Cash App’s recent introduction of a new feature that allows users to send fractional stock and Bitcoin shares to other users.

Supporters of the meme cryptocurrency Shiba Inu have petitioned Robinhood to list SHIB on Change.org. Robinhood, on the other hand, has previously stated that it has no plans to launch another cryptocurrency.

Chainalysis revealed earlier this week that it had worked with Robinhood to improve the trading platform’s compliance ahead of the launch of its crypto wallet.

What are your thoughts on Robinhood introducing a cryptocurrency gifting program?