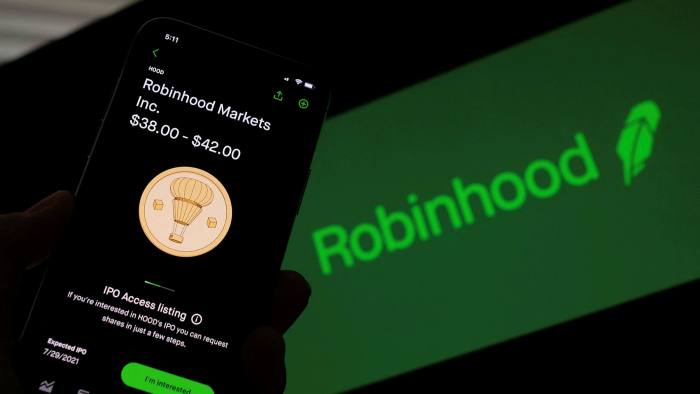 Cryptocurrencies are the financial assets of tomorrow and the world knows that. The way that the market has begun fluctuating ever since ‘crypto’ came into existence, there has always been an unsettling fear of our dollars being replaced by Bitcoin or Ethereum. Although it is highly unlikely given the current scenario but if the government and the users take the correct decisions now, maybe our next generation will be using cryptocurrency for everything as by then it could be widely accepted.

Anyhow, in the present scenario, cryptocurrencies tend to fluctuate the market standings and have even begun to impact cryptocurrency exchanges such as Robinhood, the stock brokerage service that allows customers to trade stocks, options, cryptocurrencies, ETFs etc. with zero commissions.

According to recent reports, Robinhood’s cryptocurrency revenues have dropped significantly to USD 51 million in the third quarter which is a down from USD 233 million that the crypto exchange earned in its second quarter. When asked about this massive difference, the company said that this is the result of reduced cryptocurrency activity which further led to fewer new funded accounts and lower revenue in this quarter when compared to the previous one, according to a report by Coindesk.

The report further mentions that the revenue set for this quarter was USD 365 million which is short of what the analysts expected i.e., 437.1 million. The adjusted net loss reported by Robinhood was USD 2.06 per share which is way more than USD 0.67 that was expected by analysts.

Despite multiple efforts and the launch of specific crypto-based products, the third quarter activity of customers concerning cryptocurrency activity has declined significantly. Robinhood said that over a million users have already signed up for its dedicated cryptocurrency wallet which seems to be one so fits the most heavily requested products, as noted by Coindesk.

The massive success experienced by Robinhood during the second quarter was because of Shiba Inu and Dogecoin catching the popularity which led to millions of new accounts being set up on the cryptocurrency exchange platform.

Overall, cryptocurrencies have a bright future but the hype seems to have settled as Robinhood and other cryptocurrency exchanges are reported lower crypto activity in the market.