The value of the Robinhood trading app has increased dramatically, making it more valuable than several US blue-chip companies like Ford.

In fact, trading in Robinhood’s shares was momentarily suspended three times in the first half-hour of trading on Wednesday after the market began on Nasdaq, where the firm was listed last week. 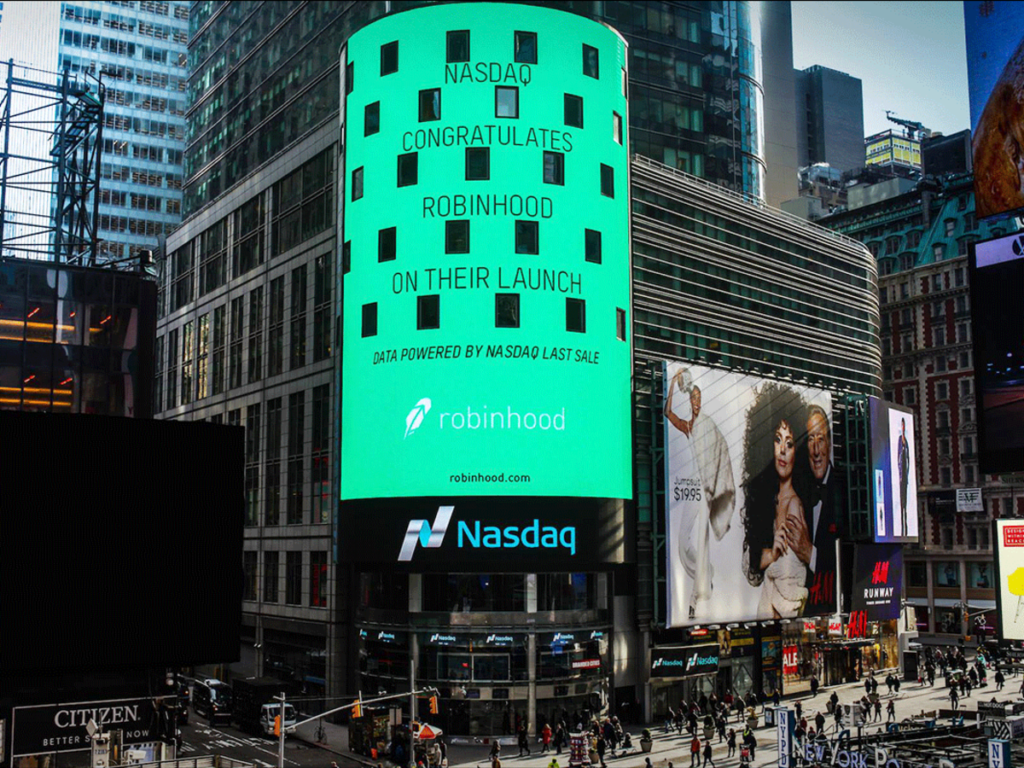 In the morning, Robinhood Markets was up $60.15, extending what had already been a strong week of gains. The stock went up 80% at one time, hitting $85, bringing the company’s worth to $71 billion. It’s a stark contrast to last week’s underwhelming launch when Robinhood’s stock fell 8.4% from its opening price of $38 on Thursday.

Thanks to its zero-trading fees and simple-to-use software, the firm has introduced a new generation of younger and smaller-pocketed investors to the stock market.

However, huge institutional investors, who have a reputation for hanging onto a company for the long run, received fewer shares as a result of the shift. Some of Wall Street’s biggest heavyweights have backed Robinhood. Cathie Wood, a well-known stock picker who focuses on new businesses, has purchased shares in the company, for example.

Robinhood is among the top 30 positions in her flagship ARK Innovation exchange-traded fund, which holds almost 4.9 million shares. The fund’s entire assets are estimated to be at $25.5 billion. Robinhood has sparked a lot of debate, both among users and detractors, and the polarising impact has put its stock on a wild trip in its brief tenure on Wall Street.

Robinhood is turning to be a meme stock

It fell as low as $34.82 after starting at $38 last week. It doubled in less than four days, reaching $85 early on Wednesday morning before reversing its gains. Robinhood is already generating the kind of explosive growth that Wall Street craves: Last year, revenue increased by 245 percent to $959 million.

Since its inception in 2013, it has attracted an estimated 22.5 million funded accounts. More than half of Robinhood’s clients are first-time investors, and the platform provides them a leg up on the stock-holding, richer households that have been edging them out for years. Robinhood, on the other hand, has received a lot of flak and has spent more than $130 million to resolve a number of regulatory complaints in recent years.

Critics claim that Robinhood encourages inexperienced investors to make dangerous transactions too frequently, and regulatory monitoring is likely to remain strong. Some customers are still upset with Robinhood and other brokerages for briefly preventing them from trading GameStop shares earlier this year when the stocks and other “meme stocks” were surging.

However, Robinhood may be on the verge of becoming a meme stock.